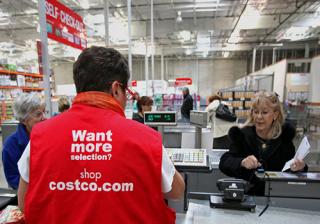 The warehouse club retailer said that sales rose 17.6% to $18.21 billion in March, from $15.49 billion in the year-ago period.  The 2021 five-week retail month had one fewer shopping day versus last year  due to the calendar shift of Easter holiday, Costco said.

The U.S. regions with the strongest sales increases in March were the Southeast, Texas and Midwest, David Sherwood, assistant VP of finance and investor relations, said on the company's call with analysts. Internationally Japan, Korea and the U.K. turned in the top performances.