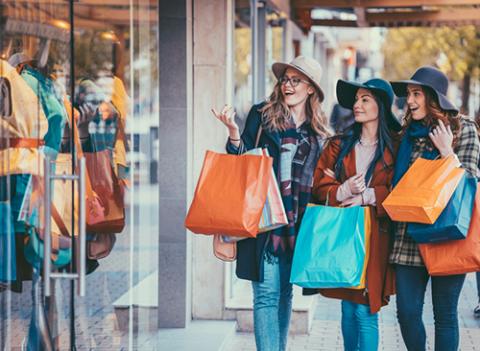 Consumers’ spirits are getting a boost from the anticipation of COVID-19 stimulus checks and the growing number of vaccinations.

The initial reading of consumer sentiment rose to 83 in early March from 76.8 in February according to an index produced by the University of Michigan. It was the index’s highest level in a year.

“The gains were widespread across all socioeconomic subgroups and all regions, although the largest monthly gains were concentrated among households in the bottom third of the income distribution as well as those aged 55 or older,” said Richard Curtin, chief economist, Surveys of Consumers, University of Michigan.

Curtain said that the growing number of vaccinations, as well as the widely anticipated passage of Biden's relief measures, fueled the increase.

The March gains were not equally shared across all index components. In particular, consumers' judgements about their own financial situation posted no gains in early March, largely due to very small expected gains in household incomes during the next year. In contrast, prospects for the national economy improved significantly.

In other survey highlights, buying conditions for large household durables were greatly improved. But there were only marginal gains for vehicles and homes, with consumers indicating they believe that interest rates for mortgages and vehicle loans would rise during the year ahead.

“Overall, the data indicate strong growth in consumer spending during the year ahead, with the largest percentage gains for services, including travel and restaurants, and the smallest increases for vehicles and homes,” said Curtin.