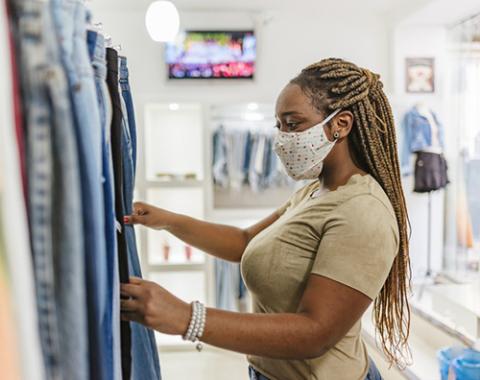 Consumer confidence rose in February amid the vaccine push and as Americans grew more optimistic about the economy — and travel.

The Conference Board’s Consumer Confidence Index improved for the second consecutive month in February. The Index now stands at 91.3, up from 88.9 in January.

The Present Situation Index — based on consumers' assessment of current business and labor market conditions — rose to 92.0 in February from 85.5 last month. The increase came after three straight months of declines. The Expectations Index — consumers' short-term outlook for income, business, and labor market conditions — inched downward to 90.8 from 91.2 last month.

“While the Expectations Index fell marginally in February, consumers remain cautiously optimistic, on the whole, about the outlook for the coming months,” said Lynn Franco, senior director of economic indicators at The Conference Board. “Notably, vacation intentions — particularly, plans to travel outside the U.S. and via air — saw an uptick this month, and are poised to improve further as vaccination efforts expand."

Consumers' assessment of the labor market also improved. The percentage of consumers saying jobs are "plentiful" increased from 20.0% to 21.9%. Those claiming jobs are "hard to get" declined from 22.5% to 21.2%.

Likewise, consumers' outlook regarding the job market was somewhat mixed. The proportion expecting more jobs in the months ahead decreased from 30.4% to 26.1%. But those anticipating fewer jobs also declined, from 22.1% to 20.6%.