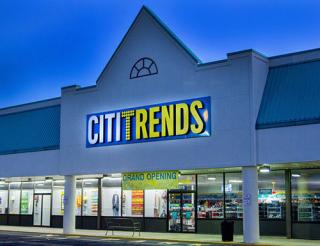 Citi Trends is accelerating its move away from apparel. And it’s still looking for a CEO.

As part of a previously announced comprehensive strategic initiative, the value-priced urban fashions retailer said it is moving “aggressively” to more gift-giving merchandise during the holiday season and expanded home assortments throughout the year. New fixtures have been added to Citi Trend stores to accommodate the shift, whose early results are encouraging, the company said.

“Comparable store sales increased 2.6% in the quarter,” Smith said, “with October registering the largest increase, benefiting from an accelerated shift towards our non-apparel merchandise.”

“We have already approved 14 new store locations to be opened in 2020 and expect to perform major remodels in 20 stores in January 2020, followed closely by 30 more stores in the second quarter of 2020,” the company stated.

In other news, Citi Trends appointed Peter Sachse, a board member and “special advisor” to the CEO as interim CEO, effective as of December 9, 2019. As previously announced, Smith is stepping down as CEO, but will remain as president until Feb. 1. The retailer is continuing its search for a permanent CEO.