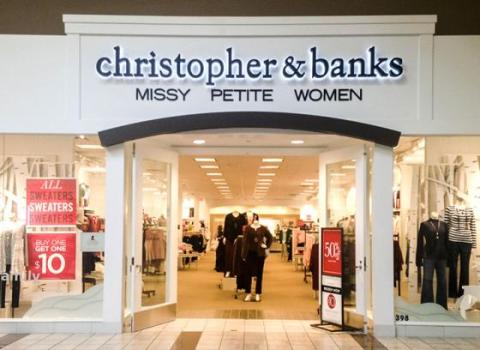 Christopher & Banks Corp. may close all its stores.

The struggling women’s apparel retailer on Thursday filed for Chapter 11 bankruptcy protection with plans to shutter a significant portion, “if not all,” of its 449 brick-and-mortar stores and has launched a store closing and liquidation process.

Christopher & Banks said it is in talks with potential buyers for the sale of its e-commerce platform and related assets and expects to file a motion shortly. The company will continue to do business in the near-term. (In a separate release, Hilco Merchant Resources said it was conducting store closing sales for Christopher & Banks and that the sales had begun at more than 400 stores.)

The filing was not unexpected. In December, Christopher & Banks issued a “going concern” warning and said it was reviewing its options, including bankruptcy or a sale of the company. In an SEC filing last week, the company disclosed several defaults earlier this month on financial obligations, including key loans and the lease on its headquarters.

“Despite the tremendous advancements we have made in executing our strategic plan, due to the financial distress resulting from the pandemic and its ongoing impact, we elected to initiate this process and pursue a potential sale of the business in whole or in part to position the company for the future,” said Keri Jones, president and CEO.