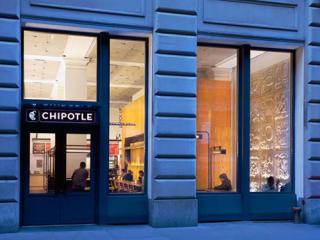 Chipotle Mexican Grill is hoping to revolutionize the restaurant industry.

The quick-service restaurant chain announced the launch  ofCultivate Next, a venture fund that will support seed-to-Series B stage companies that focus on increasing technology and innovation in restaurant operations and align with its mission to “Cultivate a Better World.” The fund will have an initial size of $50 million and will be financed solely by Chipotle.

The fund launch comes as the company is continuing its rapid expansion.  Chipotle, which owns and operates all its restaurants, plans to open 235 to 250 new restaurants this year.

“We are exploring investments in emerging innovation that will enhance our employee and guest experience, and quite possibly revolutionize the restaurant industry,” said Curt Garner, CTO, Chipotle. “Investing in forward-thinking ventures that are looking to drive meaningful change at scale will help accelerate Chipotle’s aggressive growth plans.”

Chipotle recently began testing an artificially intelligent robot, Chippy, to cook its tortilla chips, as well as radio-frequency identification (RFID) to trace and track ingredients in its restaurants. Also, in March 2021, the company invested in autonomous delivery company Nuro as part of the self-driving technology company’s Series C funding round.

Chipotle had more 2,950 restaurants as of December 31, 2021, in the United States, Canada, the United Kingdom, France and Germany.