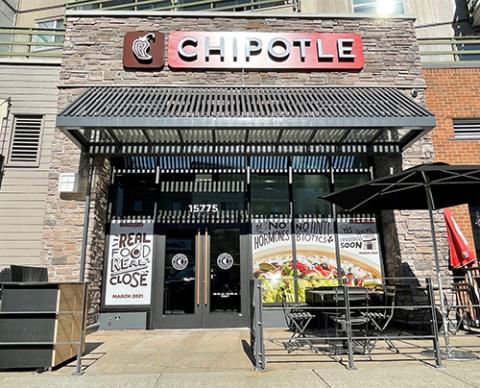 Chipotle Mexican Grill is once again expanding north of the border.

The quick-serve chain will open a location in Surrey, British Columbia, on March 30. It will be Chipotle's first new Canadian location since it opened a site in Markham, Ontario, in October 2018.

Chipotle plans to open eight locations in Canada this year, with the majority in British Columbia. The new sites will include the first Canadian “Chipotlane,” a drive-thru digital order pickup lane, in Port Coquitlam, British Columbia. There are currently 23 Chipotle restaurants in Canada, with locations in the greater Toronto and Vancouver metro areas as well as Ottawa and London, Ontario.

"Canada has cleared our stage-gate process, and we are ready to accelerate new restaurant openings," said Jack Hartung, CFO. "We will be experimenting with different location formats and restaurant designs throughout the country to gauge consumer preferences in the various markets."

In May 2020, Chipotle inked a deal with Uber Eats to grow its delivery footprint for Canadian customers, and a month later, the brand officially launched the Chipotle app in Canada.

Chipotle, which owns and operates all its restaurants, had more than 2,750 locations as of December 31, 2020, in the United States, Canada, the United Kingdom, France and Germany.