Tariffs will not put a damper on holiday spending.

That’s according to Customer Growth Partner’s 18th Annual Holiday forecast, which predicts that holiday sales (November and December) will rise 5.2% to a record $715 billion, up from 2018’s prior record of $679 billion. The forecast is one of the most bullish to date and higher than the National Retail Federation’s holiday forecast, which calls for an increase of between 3.8% and 4.2%.

“After a slow first half of the year, retail has inflected upwards since July, and has hardly looked back,” said Craig Johnson, president, CGP. “After a back-to-school season with 5.0% growth, this is the best momentum we’ve seen since 2014, when retail posted a robust 5.5% holiday jump.”

The primary driver of retail growth remains the increase in disposable personal income, which is based on job and wage gains, according to the report. Johnson said that the key to the growth is the increase of over 2.34 million full-time jobs over the past year, which provides the steady cash flow that households need.

“People with full-time jobs spend on both needs and wants,” he noted. “This is the first time in over a decade that more than half, 51%, of working-age adults had a full-time job, up from 48% as recently as 2013.”

As seen for two decades, the holiday results will be paced by online, where sales are predicted to increase 13.9% and account for more than 55% of the total increase in holiday sales. Sales in pet supply stores, office supply stores and “miscellaneous” outlets (which range from arts-and-craft stores to music stores to vintage/used goods outlets) are expected to rise 7.7%, followed by sales in discounters, dollar stores and warehouse clubs and discounters, up 4.2%.

The retail sectors expected to have a weak holiday include department stores, where sales are predicted to fall 6.4%, and consumer electronics and appliances, down 1.2%. Sales at apparel stores are expected to inch up 1.3%, down from a gain of 4.1% in 2018. 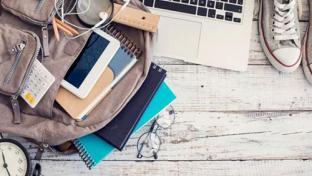 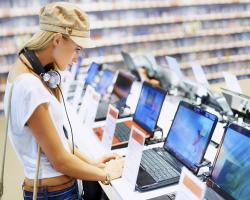