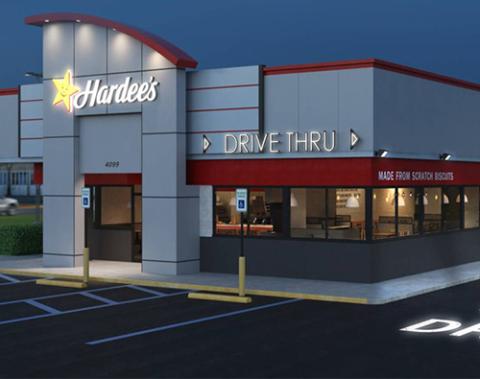 CKE Restaurants Holdings is the parent company for Carl’s Jr. and Hardee’s.

CKE Restaurants Holdings is investing in a “fresh start.”

The parent company of Carl’s Jr. and Hardee’s, along with its franchise community, will invest half a billion dollars in overall transformations, including $60 million alone from CKE on corporate locations.

The project, which goes beyond the standard exterior franchise makeover, will focus on physical and digital transformations during the next four to six years, with more than 500 restaurant locations across 20 markets being updated by the end of the year. With 95% of all restaurants already committed to the reimage efforts, this will be a priority business initiative for Carl’s Jr. and Hardee’s during the coming years, the company said.

The reimaging will focus on holistic renovations, technology advancements and streamlined operations for improved guest, franchisee and employee experiences. The

“This initiative is a revolutionary moment for Carl’s Jr. and Hardee’s that is long overdue,” said CKE chief brand officer Chad Crawford. “These transformations are more than a fresh coat of paint. They are about telling our customers, team members and franchisees that they are heard and valued.”

The market transformation rolled out in Columbia, S.C., more than two years ago.  At that time, the Columbia market’s sales were outperformed by the system. Now, Columbia consistently outperforms the system.

“CKE is known for having a finger on the pulse of what customers crave and we have continued to innovate our menus to lean into that, but we are the first to admit that our restaurants haven’t kept up,” said Matthew Walls, chief global development officer of CKE Restaurants. “Elevating two brands that are due for much-needed upgrades is no small feat, but one that our team is passionate about.”

CKE Restaurants Holdings, based in Franklin, Tenn., runs and operates Carl’s Jr. and Hardee’s. With both a U.S. and international footprint, the two brands have nearly 4,000 franchised or company-operated restaurants in 44 U.S. states and over 35 international markets and U.S. overseas territories.