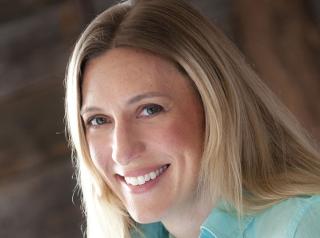 There’s been a changing of the guard at Duluth Trading Company.

Pugliese joined Duluth Trading in 2008 and was named CEO in early 2015 when she led the company through its initial public offering. She oversaw the expansion of the brand, which was founded as a catalog retailer. Known for its fun, irreverent marketing, Duluth Trading opened its first physical store in 2010 and currently has 56 locations, with a new store concept opening this fall at Mall of America.

In the wake of Pugliese’s resignation, Duluth Trading has appointed executive chairman — and founder — Stephen L. Schlecht, as CEO until the company is able to conduct a “deliberate search process” for a permanent successor. Schlecht, who controls a majority of the voting stock of Duluth Holdings Inc. (which does business as Duluth Trading), had previously been CEO but stepped down when Pugliese took on the role.

“To ensure the continuity of our vision and the execution of our strategy, I am fully invested in reassuming the role of its CEO until such a time that this important responsibility can be smoothly transitioned to the right person following a deliberate search process that will allow us to maintain our focus on our important fourth quarter,” said Schlecht. “Over the years, I have been actively engaged with our deep and talented bench of senior leadership and we are committed to moving forward together with no disruption to our business.”

At Under Armour, Pugliese will lead the company’s home market, which has been struggling amid increased competition from the likes of Nike, Lululemon and Adidas. In its second quarter, Under Armour’s North American sales fell 3.2% amid slower traffic. Some analysts have pointed out that, among other things, the brand needs to do a better job connecting with female consumers.

“We are thrilled to have Stephanie join Under Armour as president of our North American business,” said Under Armour president and COO Patrik Frisk. “Her demonstrated record of leadership and retail expertise significantly strengthens our ability to further amplify Under Armour as the preeminent athletic performance brand in our home market.”
Advertisement