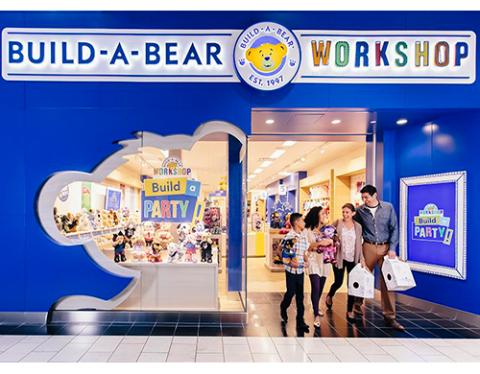 Build-A-Bear Workshop swung to a wider quarterly loss as its stores remained dark for a good part of the period.

The company closed the quarter with $25.3 million in cash and cash equivalents, an increase of $10.3 million or 69%, compared to last year. It recently announced the completion of a new five-year credit facility including a revolving line of credit for up to $25 million.

“Our second quarter results show the impact of store closures in response to the COVID-19 pandemic and the significant shift to e-commerce which increased nearly 300% for the period,” said Sharon Price, president and CEO. “We put actions in place to drive sales while reducing inventory and leveraging the high optionality that we had in place with leases to renegotiate terms on approximately 95% of our store locations to date.”

“In addition, strict expense management, revised marketing activities and a corporate reorganization contributed to $14.2 million in cost savings, or a 40% reduction, as compared to the prior year’s second quarter,” Price said.

Build-A-Bear has reopened approximately 90% of its corporately-managed store locations with a “reimagined” bear-building experience in line with recommended safety protocols. To support the increase in digital sales, the company said it has enhanced its omnichannel capabilities with rapid expansion of buy-online, ship-from-store, which allows it to take advantage of geographic proximity and available store labor.

“We have initiatives in place to further accelerate our digital transformation which has been a key pillar of our strategy to capitalize on the power of our Build-A-Bear brand and diversify our revenue streams,” Price said.

As of Aug. 1, 359 stores were operating representing approximately 90% of the company’s corporately-managed locations, including 307 in North America and 52 outside of North America. The majority of locations associated with the Company’s third-party retail model with relationships that include Carnival Cruise Lines, Great Wolf Lodge Resorts, Landry’s and Beaches Family Resorts as well as international franchise locations, were either closed or operated under restrictions for a portion or all of the quarter.