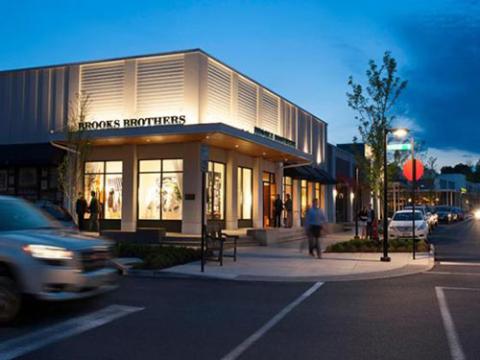 The nation's oldest apparel company is looking for a buyer.

In a move that was not unexpected, Brooks Brothers, which is owned by Italian businessman Claudio Del Vecchio, has filed for Chapter 11 bankruptcy protection in Wilmington, Del., with an eye to emerging under a new owner. Founded in 1818, the company has more than 250 stores in the United States and Canada, with a total footprint that includes more than 500 stores in more than 70 countries. It generated more than $991 million in sales last year.

“Our priority is to start this important chapter with a new owner that has appreciation for the Brooks Brothers legacy, a vision for its future, and aligns with our core values and culture," Del Vecchio stated.

While the COVID-19 has taken a heavy toll on sales as its stores went dark, Brooks Brothers has been struggling for some time under a heavy debt load and increased competition. It hired a firm last year to help it explore its options, including a sale or bankruptcy.

During the past few months, Brooks Brothers has been reviewing its North American stores with an eye to scaling back its footprint.  Citing the pandemic (and prior to bankruptcy filing,)  the company decided to close approximately 51 Brooks Brothers U.S. stores. The locations are either closed or are in the process of doing so.

"Prior to COVID-19, we were already conducting an evaluation of various strategic options to position the company for future success in a rapidly transforming retail environment, including a potential sale of the business," Del Vecchio said. " Industry headwinds were only intensified by the pandemic."

In May, Gordon Brothers, the Boston-based advisory, restructuring, and investment firm, announced it has provided a $20 million secured term loan facility to the retailer.

To support its operations in bankruptcy, Brooks Brothers has secured $75 million in debtor-in-possession financing from brand management firm WHP Global, which is backed by Oaktree Capital and BlackRock. (This is on top of the $20 million loan from Gordon Brothers.) As previously reported, the company has decided to close its manufacturing  facilities in Massachusetts, North Carolina and New York, which are responsible for only a small amount of the brand’s product.

Brooks Brothers said it expects to complete the sale process in the next few months, pending court approval.  According to a report by Women’s Wear Daily, Authentic Brands Group in partnership with Simon Property Group and Brookfield Property Partners, along with brand management firm WHP Global, are among the parties interested in acquiring the company.

In comments, Ted Gavin, managing director of Gavin/Solmonese bankruptcy consulting firm in Wilmington, Del., noted that Covid-19  has wreaked havoc across  many industries - "but perhaps the most impacted are those that fall into the area that its consumers most wish they didn't have to deal with: wearing expensive dress clothes for purposes of public acceptance."

"And so, stores that sell jeans to women are filing (see Lucky Brand Dungarees), and now, stores that sell business wear to men," he said. "And this makes intuitive sense for a couple of reasons. If my daughter is any indication, who would choose to wear expensive jeans while working from home when they could choose to wear clothes they actually find comfortable? And, if I'm any indication, who would put on their Brooks Brothers armor just to sit on yet another series of conference calls?"