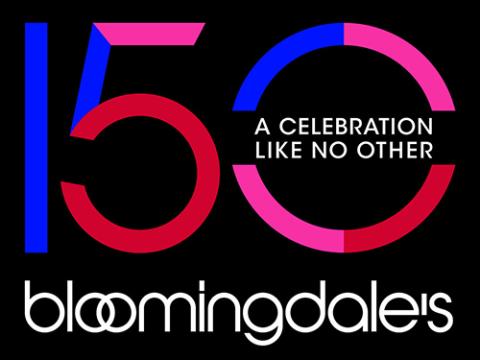 Bloomindale’s will mark its 150th anniversary with a big celebration.

Bloomingdale's is planning a months-long blowout to mark its 150th anniversary.

The upscale department store, a division of Macy’s, will launch a celebration starting in September that will be “like no other,” the company said. It will include exclusive product collaborations, pop-ups, “original” shopping experience activations, and special events for its customers, colleagues, partners and communities.

The campaign will continue into the 2022 holiday season, with special programming at select stores, including the 59th Street flagship in Manhattan and North Michigan Avenue location in Chicago. Bloomingdale's locations at South Coast Plaza and Valley Fair malls in California, and at Chestnut Hill in Massachusetts, will also participate. So will its new small-store concept, Bloomie’s, in Fairfax, Va.

“This significant milestone represents a unique moment in Bloomingdale's rich history to not only celebrate our heritage, but to also look ahead to our next chapter," stated Tony Spring, CEO, Bloomingdale's. "Some of fashion's best brands started here, trends have been ignited here, and discoveries are made here every day. Bloomingdale's has always been a brand that inspires, bringing people, style, culture, and technology together. It's like no other store in the world, and will continue to be so for decades to come."

In addition, Bloomingdale's has an international presence with a location in Dubai.