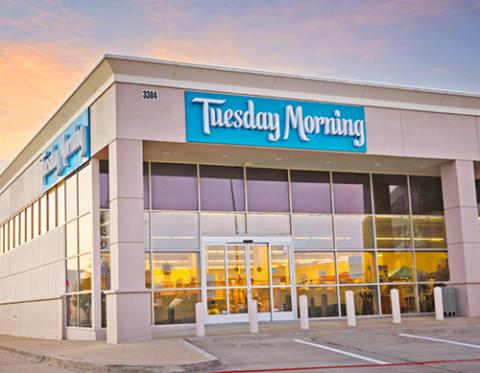 Three executives, including the chief executive, have left Tuesday Morning less than two years into their tenure.

The shakeup comes weeks after the struggling off-price retailer entered into a deal with Retail Ecommerce Ventures, the owners of the assets of Pier 1, Dressbarn, Stein Mart and other brands. Tuesday Morning exited Chapter 11 at the start of 2021 after closing about 200 stores. It has struggled to return to profitability.

Tuesday Morning named Andrew T. Berger as CEO. He succeeds Fred Hand, who joined Tuesday Morning as CEO in May 2021. Prior to that, Hand spent 13 years with Burlington Stores.

Also out is Marc Katz, who joined Tuesday Morning as COO in September 2021 and was named interim CFO in July, and Paul Metcalf, who joined the company last year from Burlington, as chief merchandising officer.

Bill Baumann, chief information and chief marketing officer, succeeds Katz as COO and will also assume responsibilities as chief merchant in the interim.

The company has started a search to find a permanent finance head. New CEO Berger will assume CFO and finance responsibilities in the interim.

Berger has been a director of Tuesday Morning since September 2022. He currently is a director and executive chair of Autoscope Technologies Corp., and served as CEO of the company from April 2021 to November 2022.

“We are thrilled to welcome Andrew as the next CEO of Tuesday Morning and look forward to working alongside him and the rest of the board as the company enters its next chapter of innovation,” stated co-chairmen of the board Tai Lopez and Dr. Alex Mehr.

In a statement, Berger said that he was “deeply honored and excited to be chosen by the board as the next CEO of Tuesday Morning, and to succeed Fred, who has diligently guided and served the company throughout his tenure.

“I look forward to leading Tuesday Morning as we capitalize on our strategic growth initiatives, unlock tremendous long-term opportunity in the home goods and décor category, and pursue a path towards long-term profitable growth,” he added.

Based in Dallas, Tuesday Morning operates 487 stores in 40 states.