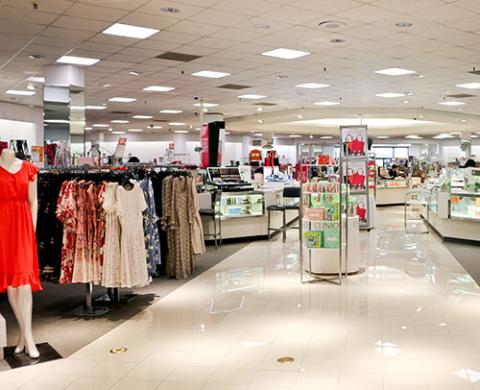 Belk on Tuesday said that it plans to file for Chapter 11 bankruptcy protection with a plan to recapitalize its business and reduce its debt burden by approximately $450 million.

The 133-year-old department store retailer said that that it will enter into a restructuring support agreement with its majority owner, Sycamore Partners, and the holders of more than 75% of its first-lien term loan debt and the holders of 100% of its second-lien term loan debt. Belk said the plan is to recapitalize the business, significantly reduce debt by approximately $450 million, and extend maturities on all term loans to July 2025. Sycamore Partners will retain majority control of Belk.

Based in Charlotte, North Carolina, Belk operates nearly 300 stores in 16 Southeastern states. The formerly family-owned business was purchased in 2015 in a $3 billion deal by Sycamore Partners.

“As the ongoing effects of the pandemic have continued, we've been assessing potential options to protect our future,” said CEO Lisa Harper. “We're confident that this agreement puts us on the right long-term path toward significantly reducing our debt and providing us with greater financial flexibility to meet our obligations and to continue investing in our business, including further enhancements and additions to Belk's omnichannel capabilities."

Belk has lined up financing commitments for $225 million in new capital from Sycamore Partners, KKR and Blackstone Credit, and some of its existing first-lien term lenders. The retailer said it will continue to pay its suppliers and also continue normal operations throughout its financial restructuring process. It expects to exit bankruptcy by the end of February via a “pre-packaged” reorganization.