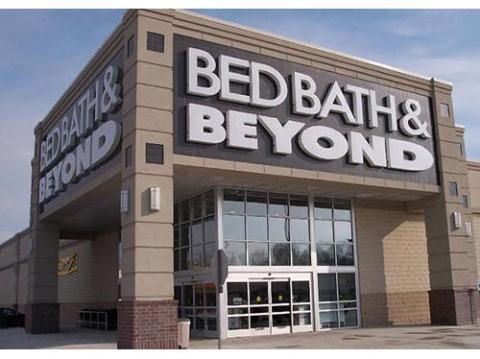 Bed Bath & Beyond will invest $1 billion to $1.5 billion in its business as part of a new three-year strategy to accelerate its omnichannel transformation and drive sales, margin and cash flow growth.

The plan was laid out by CEO Mark Tritton, who took the reins of the struggling home goods chain nearly a year ago, at the company’s Investor Day meeting.  Bed Bath & Beyond said it expects same-store sales to be “stable” in fiscal 2021, and rise in the low-to-mid single digits by 2023.

As part of the plan, the retailer expects to launch more than 10 private-label brands during the next 18 months, with the goal of tripling the penetration of owned brands within its assortment over three years.  The private brands emphasis is similar to a tactic Tritton executed during his time at Target.

In addition, Bed Bath & Beyond said it is on track to deliver approximately $200 to $250 million in sourcing benefits during the next three years by reducing the number of suppliers and negotiating with existing vendors.

STORES
Bed Bath & Beyond plans to invest some $250 million during the next three years to remodel about 450 stores, which represent approximately 60% of the company’s revenue, with a goal of making shopping easy and inspiring.  (As previously reported, Bed Bath & Beyond is on track to close roughly 200 namesake  stores by 2021, for which it expects to generate annualized EBITDA savings of approximately $100 million.)

“This test and learn approach is expected to generate a median sales lift of approximately 4% and deliver a double-digit return on investment,” the company stated.

Bed Bath & Beyond is also looking to fill the void left by the demise of Babies “R” Us. It expects to open new Buybuy Baby stores in new markets, increasing sales by some 50%  to approximately $1.5 billion, by fiscal 2023.

SUPPLY CHAIN, TECH
The company expects to invest about $250 million during next three years to reinvent its supply chain, and pivot from a consolidation-based model to a modernized distribution network “that is faster, more competitive and responsive to the market.” It will also invest another $250 million to drive modernization and innovation in its technology platforms, leveraging a strategic partnership with Google Cloud and other leading technology providers.

As part of its strategic growth plans, Bed Bath & Beyond plans to target five different core customer segments: the nester; the minimizer; the juggler; the innovator; and the creative. It also plans to revamp its loyalty program, which currently emphasizes frequent coupons.

“We have made tremendous progress this year to strengthen our financial position, focus our portfolio in core home, baby, beauty & wellness markets, rebuild our executive team, and launch a series of omnichannel services to win back customers,” stated Tritton. “We will build on these strong foundations with a three-year growth strategy that further elevates the shopping experience, modernizes our operations, and unlocks sales growth, margin expansion, increased cash flow and strong and sustainable total shareholder return.”