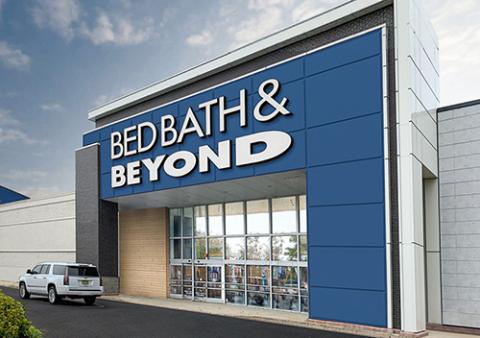 Gustavo Arnal, executive VP and CFO of Bed Bath & Beyond, died on Sept. 2.

Bed Bath & Beyond has named an interim finance head after its CFO fell to his death from a luxury high-rise building in downtown Manhattan on Sept.4.

Laura Crossen, chief accounting officer of the struggling home goods chain and a 20-years-plus company veteran, has been tapped as interim chief financial officer following the death of Gustavo Arnal, 52, executive VP and CFO of Bed Bath & Beyond. The New York City medical examiner’s office ruled his death a suicide.

In a statement, the retailer said its “entire organization is profoundly saddened by this shocking loss.”

“Arnal was instrumental in guiding Bed Bath & Beyond throughout the coronavirus pandemic, transforming the company’s financial foundation and building a strong and talented team,” the company said.

Arnal joined Bed Bath & Beyond in May 2020 from Avon, where he spent a little over a year, serving as CFO. Prior to Avon, he was CFO, international divisions and global functions at Walgreens Boots Alliance. He also worked at Procter & Gamble.

Arnal died two days after Bed Bath & Beyond announced its newest turnaround strategy, which included closing about 150 stores and cutting staff. The company also said it has secured more than $500 million in new financing to shore up its business and announced the departure of its COO, with the role being eliminated.

On August 23, Arnal was named as a defendant in a class action lawsuit accusing him, Ryan Cohen and other large shareholders of engaging in a "pump and dump" scheme to artificially inflate the price of the company's stock, reported CNN. The lawsuit claims that Arnal and others made misleading statements and omissions when communicating to investors regarding the company’s strategic plans and financial condition, and delayed disclosures about holding and selling their own shares, the report said.

In a statement, Harriet Edelman, independent chair of Bed Bath & Beyond’s board of directors, said that Gustavo will be remembered by all he worked with for “his leadership, talent and stewardship of our company.”

“I am proud to have been his colleague, and he will be truly missed by all of us at Bed Bath & Beyond and everyone who had the pleasure of knowing him,” Edelman said. “Our focus is on supporting his family and his team and our thoughts are with them during this sad and difficult time. Please join us in respecting the family's privacy."