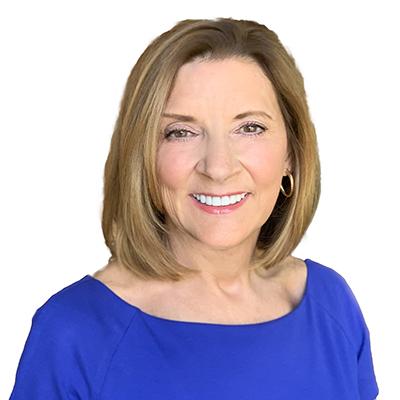 Sue Gove has been appointed interim CEO of Bed Bath & Beyond.

The chief executive of Bed Bath & Beyond Inc. has been ousted by the board after a disastrous first quarter.

Mark Tritton has left his role as CEO, president and board member in a leadership shakeup after the retailer reported a big quarterly loss and a 25% decrease in sales. Sue Gove, an independent director on the company's board and chair of the board's strategy committee, has been named interim CEO.

In addition to the CEO change, Mara Sirhal, most recently senior VP and general manager of the company’s Harmon brand, was named executive VP and chief merchandising officer. She replaces Joe Hartsig, who is leaving the company.

“After thorough consideration, the board determined that it was time for a change in leadership,” said Harriet Edelman, independent chair of the board.  “Today’s actions address company performance, the macroeconomic conditions under which we are operating, and the expectations of the board on behalf of shareholders. We are committed to addressing the urgent issues that have been impacting sales, profitability, and cash flow generation.”

Tritton, previously chief merchandising officer at Target Corp., took the reins of Bed Bath & Beyond in November 2019, as the company was struggling with declining sales and foot traffic. He sought to reinvent the business with an ambitious multi-year transformation initiative that included closing underperforming locations, updating stores and focusing on private brands, launching about 10 labels in some two years.

The company also made significant investments in omnichannel operations, sold its non-core assets, including Christmas Tree Shops and Cost Plus World Market, and entered into an online and in-store pilot with Kroger.

Neil Saunders, managing director of GlobalData Retail, tweeted that Bed Bath & Beyond's turnaround was a "cosmetic reinvention — copied from Target — with little substance behind it and real appreciation of the differences in the customer base and business model."

Earlier this year, Bath & Beyond reached an agreement — and avoided a showdown — with its activist investor and Chewy co-founder Ryan Cohen, who previously shook things up at GameStop, where he is now chairman. The agreement came after Cohen’s RC Ventures revealed a 9.8% stake in the company and called for numerous changes, including the sale or spinoff of the company’s Buybuy Baby business. Among other things, the retailer said it would look into alternatives for Buybuy Baby chain.

Bed Bath & Beyond said it expects comparable sales to recover in the second half of fiscal 2022.

“In the quarter there was an acute shift in customer sentiment and, since then, pressures have materially escalated,” Gove said the earnings release statement. “This includes steep inflation and fluctuations in purchasing patterns, leading to significant dislocation in our sales and inventory that we will be working to actively resolve."

During the 2022 holiday period, Bed Bath & Beyond struggled amid supply chain challenges that it said led to lack of in-stock availability at its stores, which resulted in a miss of approximately $175 million in fourth-quarter sales and a fourth-quarter net loss of $159.1 million.

In announcing the leadership change, Bed Bath & Beyond noted it has hired retail advisory firm Berkeley Research Group to review its inventory and balance sheet. It has also hired national search firm, Russell Reynolds, to look for a permanent CEO.