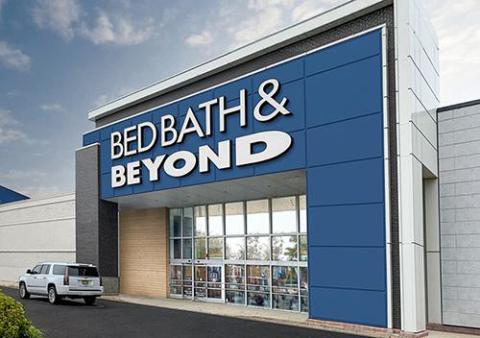 Bed Bath & Beyond operated a total of 955 stores at the end of the quarter.

The company’s results reflected the three months before the retailer revealed its latest turnaround plan, which includes store closings, job reductions and a retreat from the private label strategy it has focused on under former CEO Mark Tritton, who was ousted in June, to focus on national brands.

“While our sales and profit results do not yet reflect the strategic and financial actions we have initiated to change our performance, they do demonstrate sequential progress in several key areas,” stated Sue Grove, director and interim CEO. In the first quarter, we experienced a significant dislocation between sales and inventory that we began to address immediately during the second quarter. Aggressive inventory optimization actions, including accelerated markdowns and strategic promotions, led to double-digit improvement in this gap.”

Merchandise inventories were valued at $1.58 billion, down from $1.73 billion at the end of February and just below last year’s $1.59 billion.  The company’s gross margin contracted to 27.7% from 30.3%, to reflect the negative impact of accelerated inventory clearance.

Net sales fell 28% to $1.437 billion from $1.99 billion in the year-ago period, with the company attributing fleet optimization to the decline. Comparable sales declined 26%.

By brand, Bed Bath & Beyond comp sales declined 28%, reflecting legacy merchandise assortment, out of stocks, and continued trends in customer traffic, the customer said.  Comp sales decreased in the high teens at Buybuy Baby, which has been the most positive spot in the company’s overall business.

On the company’s earnings call, Buybuy Baby brand president Patty Wu said the business will launch its first private-label brand in November. It will include apparel, furniture and decor for infants to toddlers, along with holiday items. Wu told analysts that the division plans to return to growth in the back half of the year.

Looking ahead, Bed Bath & Beyond it was seeing signs of continued progress as its merchandising and inventory changes begin, including positive sales trends where in-stock positions and visual merchandising have improved.

“Our Welcome Rewards loyalty program also continues to gain momentum with membership expanding by more than 1.3 million since the end of August, for a total of 6.4 million members since launching this summer,” Grove said. “Enrolled members represent more frequent purchases and higher transaction values across all three banners.”

The company expects to lower costs by about $250 million for the second half of the fiscal year, or an expected $500 million on an annualized basis.

“We are confident that our current liquidity will enable the necessary changes we are implementing,” Grove said. We are more focused than ever on demonstrating improvement in the coming quarters.  Regaining market share and enhancing liquidity are our top priorities."

As of August 27, 2022, the company had a total of 955 stores, including 768 Bed Bath & Beyond stores in all 50 states, the District of Columbia, Puerto Rico and Canada; 137 Buybuy Baby stores; and 50 stores under the names Harmon, Harmon Face Values or Face Values. The joint venture to which the Company is a partner operates 12 stores in Mexico under the name Bed Bath & Beyond.