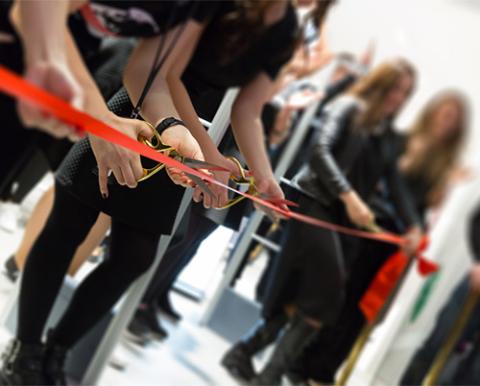 The tide appears to be turning when it comes to store openings versus closings.

As of early August 2022, U.S. retailers have announced 4,432 store openings, and 1,954 store closings, resulting in a net of 2,478 openings, the largest number of openings in the past five years, according to BDO’s latest “Retail in the Red: BDO Bi-Annual Bankruptcy Update.” (The report cited store opening and closing data from Coresight Research.)

From 2017 to 2020, annual store closures exceeded store openings. Retailers took on more debt in the latter part of this timeframe, and 2019 saw an uptick in store closures, the report said. The trend only intensified in 2020 when the COVID-19 pandemic hit, thrusting the most distressed retailers into bankruptcy.

Bankrupt retailers weren’t the only one to close their doors as non-bankrupt retailers sought to right-size their footprint amid economic uncertainty. Then, in 2021, there were less than 5,000 store closings and store openings exceeded closings for the first time since 2016.
The majority of 2022 store openings are concentrated in the discount, dollar and off-price retail segments, among chains that include Five Below, Family Dollar, Dollar General, TJX, Burlington, and Ross Stores. Automotive parts retailers, such as O’Reilly and Advanced Auto Parts, also saw many openings, noted BDO.

“As the price of cars increased sharply in2021, and supply chain issues limited the availability of new vehicles, many consumers opted to repair their vehicles rather than purchase a new one,” the report said.

Bankruptcies
The first half of 2022 saw the lowest number of retail bankruptcies in at least 12 years, the report noted, citing S&P Global Market Intelligence. There were only three major retail filings in the first half of 2022 — and all three were filed by retailers that do not sell their products from their own brick-and-mortar stores. (The three were Revlon, BHCosmetic Holdings and Cherry Man Industries.)

The infusion of government stimulus money provided to retailers and consumers in 2020 and 2021 resulted in relatively few retail bankruptcy filings in 2021, and this trend continued into the first half of 2022.

Outlook
The BDO report predicts that the second half of 2022 will see more retail bankruptcies. Among the causes: Rising interest rates, which will pose a problem for retailers with high levels of debt or for those looking to borrow additional funds, and a seasonally-adjusted reduction in consumer discretionaryspending regardless of whether a recession materializes,

“Discount retailers, which are performing relatively well in this economy, will continue to open stores, even as other retailers may begin to struggle, “the report said. “Therefore, we expect 2022 to end with significantly more store openings than closings for the year.”