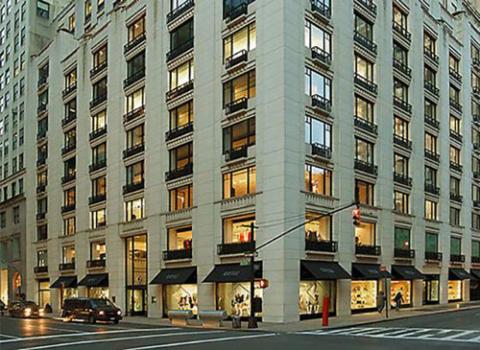 Barneys New York will make its return to the retail stage next year.

The iconic luxury retailer, which shuttered all its U.S. stores last year, will open two locations in the first quarter of 2021, including an in-store boutique in Saks Fifth Avenue’s Manhattan flagship and one at Saks’ store in Greenwich, Conn., reported Footwear News. The news was announced by Jamie Salter, CEO of Authentic Brands, at WWD’s Apparel and Retail Summit.

“We would have liked to have it open by now,” Salter said in a conversation with WWD editorial director James Fallon. “Unfortunately, what happened with COVID-19 set us back a year.”

Barneys filed for bankruptcy in 2019. Authentic Brands Group bought the high-end retailer’s intellectual property for $271.4 million. It joined forces with Saks Fifth Avenue for Saks to serve as the exclusive Barneys retail and e-commerce partner, for both Barneys.com and BarneysWarehouse.com, in the U.S. and Canada.

Authentic has six Barneys stores in Japan and plans to expand it into China and Korea in the next two years, according to the Footwear News report.

“We have department stores in Japan today, and we will be expanding into China and Korea and EMEA (Europe-Middle East-Africa) over the next 24 months, and we’ll be opening our stores here in the United States in a partnership with Saks,” Salter said in the report.