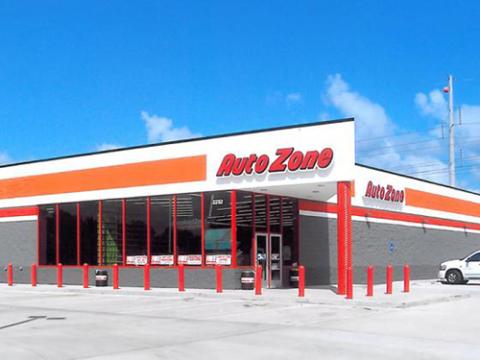 AutoZone, whose stores remained open during the pandemic, reported third-quarter profit and sales that easily beat expectations helped by stimulus checks that fueled sales late in the quarter.

“During the third quarter, we experienced the most extreme fluctuations in sales, both negative and positive, in the company’s more than 40-year history,” said Bill Rhodes, chairman, president and CEO. “Because of this extreme volatility and uncertainty around the continued effects of the virus and government and consumer responses, it is difficult for us to forecast short-term results with any degree of confidence.”

The retailer said the quarter was best described in three, four-week segments.  The first four weeks were strong as both retail and commercial performed well, up mid-single-digit same-store sales. Over the next four weeks, during which COVID-19 had its first impact on business, same-store sales were down materially. During the last four weeks, as federal stimulus checks began to flow through the economy, same-store sales turned “meaningfully” positive.

AutoZone said its strong balance sheet, coupled with its substantial free cash flow, has consistently provided the company with significant financial flexibility over time. In addition, actions taken during the third quarter of this year to strengthen liquidity further and preserve cash while navigating COVID-19 included closing on an additional $750 million 364-day senior unsecured revolving credit facility.  This facility is in addition to a previously existing $2 billion undrawn multi-year credit facility in place.

“While we cannot predict sales trends for the upcoming summer months, we have a very resilient business that has performed exceptionally well in a wide variety of economic environments,” said Rhodes. “For the remainder of the year, we will focus on our strategic initiatives of delivering great service, further penetrating the commercial market, enhancing inventory assortments, improving local market expanded parts availability and leveraging technology to improve efficiencies.”