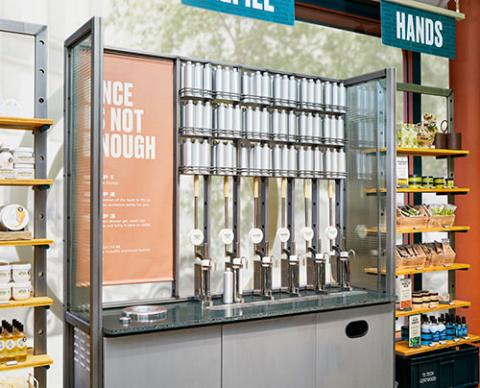 Overall, this was not a happy holiday for L Brands. Off the back of a flat holiday performance last year, group comparable sales fell by 4%. The underlying results, however, continue to point to a tale of two companies.

Despite last year’s stellar results, when holiday comparable sales increased by 14%, Bath & Body Works helped itself to a 9% uplift this time around – with both stores and online contributing to growth. Unfortunately, this advancement was more than offset by a dismal set of numbers at Victoria’s Secret where holiday comparables tumbled by 12%.

The reasons for the sharp difference between the two divisions could not be clearer.

Across the entire holiday, Bath & Body Works put its best foot forward: it had strong seasonal ranges, loads of gifting ideas, and plenty of treats for consumers who wanted to indulge themselves. As ever, shops were bright and cheerful, and this helped to pull in passing traffic. There were also good deals across November and December which encouraged consumers to buy in volume.

It would be unfair to say that Victoria’s Secret made no effort over the holidays. But that effort did not bear fruit because, as usual, marketing and merchandising were misplaced. Consumers were looking for cozy, but the brand delivered risqué. That meant many shoppers went elsewhere. In our view, this misalignment between what Victoria’s Secret stands for and what now consumers want is the central issue and is one that the company seems unable to get to grips with.

Moving into 2020, it is clear that radical change is needed to get Victoria’s Secret back on track. However, given management’s record we are not at all confident this will be delivered in any meaningful way.