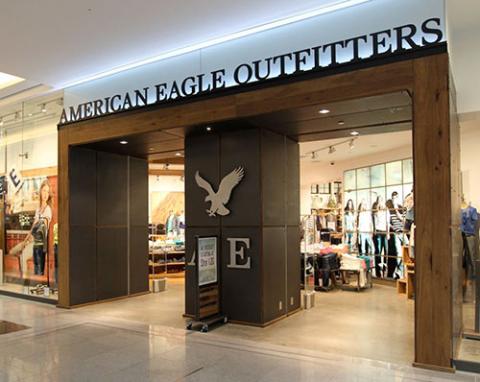 American Eagle Outfitters has acquired a logistic firm as it looks to speed up delivery.

American Eagle Outfitters reported another strong quarter with gains across the board on the heel of news that, with no formal announcement, it had acquired AirTerra, a brand-new logistics startup cofounded by Brent Beabout, who served as chief supply chain officer of Nordstrom from 2017 to 2020. Prior to that, from 2013-2017, he was senior VP, eCommerce supply chain, at Walmart.

AirTerra’s system aggregates packages from multiple shippers through its own network in major metropolitan areas.  The company, which began shipping its first packages this week, says its consolidator approach will deliver packages to businesses more quickly, at greater reliability and lower cost and "level the playing field for small and mid-size shippers."

The acquisition is expected to help American Eagle Outfitters further leverage its network of stores and distribution centers to more efficently fill orders and offer same-day services.  The retailer has been making increased investments in its supply chain capabilities, In June, it said it cut 1.5 days off its average shipping time.

In an interview with WWD, American Eagle Outfitters chairman and CEO Jay Schottenstein, said that his chain will not be the only one to use Airterra in the future.

“…we also have other clients there, too, other major retailers are part of it, too,” he said, although he didn’t say which ones.

The retailer’s acquisition of AitTerra is unusual, the report noted, in that it’s the first time a specialty fashion retailer will be able to compete with Amazon, Walmart and Target in terms of same-day delivery.

Digital sales fell 5% from the year-ago period, a time when many consumers chose to shop online rather than in stores amid the pandemic. Digital revenue rose 66% on a two-year basis.

“It’s extremely gratifying to see significant growth across our business, as we delivered another quarter of record revenue and profitability,” stated Schottenstein. “We are running our business with a laser focus on profitability through inventory and real-estate optimization initiatives and investments to enhance our supply chain. Led by an expanding customer file, Aerie is achieving consistent, robust multi-year growth and very strong profit flow through. American Eagle posted meaningful top-and bottom-line increases with significant unlock still ahead.”

At the beginning of this year, American Eagle Outfitters announced a long-term growth strategy that aims to double revenue for its Aerie intimates brand to $2 billion by 2023. In May, executives said the company was planning to open approximately 60 Aerie stores and 30 Offline by Aerie stores in 2021, which will be a mix of standalones and Aerie side-by-side locations. (American Eagle launched the activewear Offline brand last summer.).