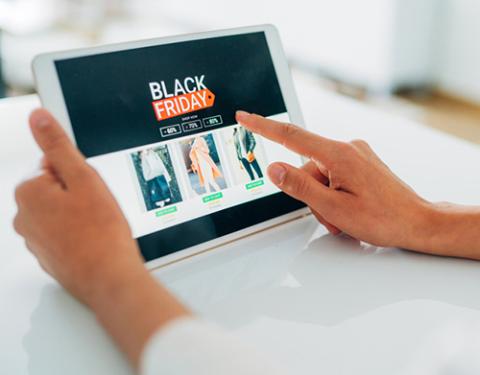 Amazon and Target have not forgotten about Black Friday week.

Although Amazon and Target have been offering early Black Friday discounts in earnest, the two retail giants are not ignoring the actual event.

Amazon and Target have both announced details of promotions specifically targeted for the week of Black Friday (Nov. 26). Traditionally, retailers used to kick off their holiday promotions in earnest the Friday after Thanksgiving, a day which came to be colloquially known as “Black Friday.” In recent years, Black Friday sales started popping up a week or two before the Thanksgiving weekend.

This year, Amazon and Target both began holiday discounts in earnest in early October. On Monday, Oct. 4, Amazon began offering what it calls “Black Friday-worthy” deals for the holiday season, with a new gifting by email/text feature for Prime members. Similarly, the second edition of Target’s “Deal Days” sale ran Sunday, Oct. 10 to Tuesday, Oct. 12, including holiday discounts in stores as well as on the discounter’s website and mobile app. Target also launched its annual holiday price match guarantee in October, lasting through Dec. 24.

Following are highlights of the upcoming Black Friday promotions Amazon and Target will be offering during the actual Black Friday week.

Amazon’s 48-hour Black Friday deal event, from Nov. 25-26, while supplies last, is available to shop on amazon.com/blackfriday, the Amazon shopping app, at Amazon 4-star stores, Amazon Books stores, or by asking “Alexa, what are my deals?” Customers will also be able to watch Amazon Live livestreams on Black Friday, via the Amazon website or Amazon Live shopping app on Fire TV, to discover holiday deals as soon as they go live, including discounts revealed first the livestream service. Amazon Live viewers will also be able to shop featured products and brands through a carousel that updates in real time.

"We began offering holiday deals in October for those looking to shop early and we're continuing to deliver big savings all season long, including Black Friday week," said Christina Hennington, executive VP and chief growth officer, Target. "Whether shopping for deals or last-minute Thanksgiving needs, our team is ready to deliver incredible savings. And by making even more of our Black Friday deals available via our same-day services, we're making it easier than ever for guests to shop everything on their terms."