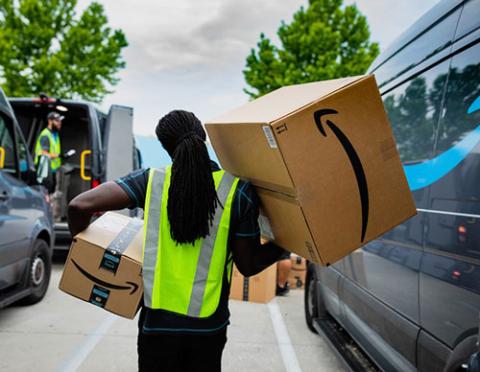 Amazon’s third-quarter net income fell to $3.2 billion from $6.3 billion in the year-ago quarter.

Amazon reported disappointing third-quarter results as its profit fell by the biggest percentage in more than four years, and warned of a less-than-jolly holiday quarter.

Amazon’s earnings decline was not unexpected given supply-chain disruptions and the labor shortage. Similar to most retailers, Amazon has been increasing its wages and benefits to attract and keep workers. The company said the costs to fulfill and ship orders increased to $18.5 billion from $14.71 billion.

Amazon does not expect much relief in the fourth quarter. In a statement, CEO Andy Jassy said the company expects to incur “several billion dollars of additional costs in our consumer business as we manage through labor supply shortages, increased wage costs, global supply chain issues, and increased freight and shipping costs—all while doing whatever it takes to minimize the impact on customers and selling partners this holiday season.

“It’ll be expensive for us in the short term, but it’s the right prioritization for our customers and partners,” added Jassy, who took the reins of Amazon from founder Jeff Bezos in July.

Amazon expects fourth-quarter sales of $130 billion to $140 billion, lower than analysts’ expectations of $142.17 billion. The company predicted operating income of nothing to $3 billion, compared to $6.87 billion a year ago.