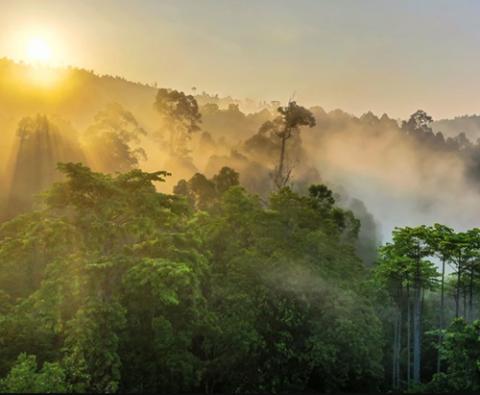 Amazon is expanding its effort to fight climate change.

The tech giant is helping to drive a new global initiative — called the Leaf Coalition — of governments and leading companies that aims to raise at least $1 billion to accelerate climate action by helping countries protect their tropical rainforests. The initiative is expected to become one of the largest ever public-private efforts to protect tropical forests and support sustainable development.

The project, announced on April 22, Earth Day, at the Leaders’ Summit on Climate, will benefit billions of people around the world who depend on the rainforests.

“Climate change is the greatest threat to our planet, and the LEAF Coalition offers us an opportunity to bring together governments and companies to fight it,” said Jeff Bezos, Amazon founder and CEO. “In uniting behind a common cause, the countries and companies of the coalition have a chance to end deforestation by 2030. As founders of The Climate Pledge—a commitment to reach the goals of the Paris Agreement 10 years early—we’re excited to support this important initiative and encourage others to do the same.”

Along with Amazon, the coalition’s initial participants include the governments of Norway, the United Kingdom, and the United States, along with leading companies including Salesforce, Airbnb, Unilever, Bayer, Boston Consulting Group, McKinsey, GSK, and Nestlé.

Coalition participants will pay for high-quality emissions reductions from tropical and subtropical forest countries, supporting efforts to reduce and end deforestation. Emergent, a U.S.-based nonprofit, will help facilitate transactions and serve as the administrative coordinator.

The LEAF Coalition, formally the Lowering Emissions by Accelerating Forest finance (LEAF) Coalition, aims to include additional countries and companies in the months ahead. To learn more about the effort, visit leafcoalition.org.

Amazon and Global Optimism co-founded The Climate Pledge in 2019, a commitment to reach the Paris Agreement 10 years early and be net-zero carbon by 2040. The pledge now has more than 100 signatories, including IBM, Unilever, Verizon, Microsoft, Visa, and PepsiCo.

To reach its goal, Amazon will continue to reduce emissions across its operations by taking real business actions and establishing a path to power its operations with 100% renewable energy, five years ahead of the company’s original target of 2030. Amazon will deliver its Shipment Zero vision to make all shipments net-zero carbon, with 50% net-zero carbon by 2030; purchasing 100,000 electric delivery vehicles, the largest order ever of electric delivery vehicles, and by investing $2 billion in the development of decarbonizing services and solutions through the Climate Pledge Fund.