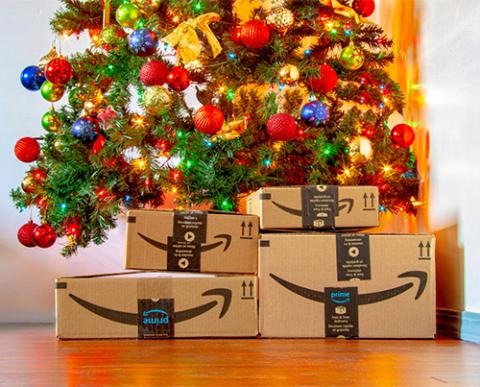 Amazon is shoring up its operational workforce for the holidays — and beyond.

The e-tail giant is hiring 150,000 employees throughout the U.S. for full-time, seasonal, and part-time roles across its operations network. It’s the same number the company said it would hire last year. In contrast, rival Walmart is planning to hire 40,000 seasonal workers, compared to 150,000 in 2021.

According to Amazon, U.S. employees can earn, on average, more than $19 per hour based on their position and location. The company is also offering sign-on bonuses ranging from $1,000 to $3,000 in select areas.

Open roles in the company’s operations network include stowing, picking, packing, sorting and shipping customer orders. While there are jobs available across the country, Amazon noted, the states with the greatest number of available positions include California, Idaho, Illinois, Iowa, Michigan, Missouri, Oregon, Texas, Tennessee, Utah, and Washington.

“Whether someone is looking for some extra money for a few months or a long-term career, the holidays are a great time for people to join Amazon, and many of our seasonal employees return year-after-year or transition into full-time roles,” said John Felton, Amazon senior VP of worldwide operations. “Those who choose to stay with us will find a lot of opportunities to grow their careers, whether they take advantage of our free college tuition programs or seek out promotions across our network—this year alone, more than 20,000 front-line employees received promotions.”

Amazon puts some hiring on hiatus
Amazon hired more than 450,000 people in the U.S. between the beginning of the pandemic in March 2020 and September 2021, becoming the largest job creator in the U.S. in the process. In 2020, in the middle of the COVID-19 pandemic, Amazon says it hired over 400,000 employees in the U.S.—of which, more than 60% were getting paid more than they were at their previous job.

However, the company is reportedly taking a break from bringing new corporate retail employees on board. Multiple media reports indicate Amazon will close all job openings for corporate positions in its retail divisions.

During the second quarter of fiscal 2022, Amazon reduced its headcount by about 100,000 employees, and CEO Andy Jassy said the company would scale back operations as the sales boom it experienced during the COVID-19 pandemic cools.

And despite plans to bolster its operations staff, Amazon is also said to be downscaling its physical delivery infrastructure. Recent Bloomberg reports indicate that consulting firm MWPVL International Inc. estimates that Amazon has either closed down or decided not to open 42 U.S. warehouses with a combined space of close to 25 million square feet.