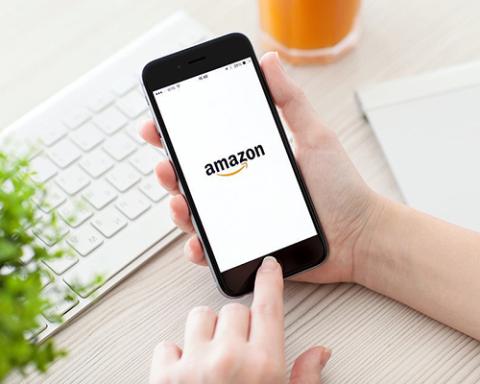 Amazon had a blowout fourth quarter, with earnings that far exceeded Wall Street's  expectations as well as its own.

The stellar results sent the company’s market valuation to above $1 trillion in late trading on Thursday.  In pre-market trading on Friday morning, January 31, Amazon shares had an opening bell price of $2,042.51 each, the highest since Sept. 4.

Revenue from Amazon’s AWS cloud-computing unit, which is under increased competition from Microsoft, rose to a better-than-expected $9.95 billion, ahead of estimates of $9.8 billion. The segment continues to play a crucial role in Amazon’s overall financial performance. The company reported operating income of $3.9 billion   —  besting analysts' forecasts by about 44% —  in the fourth quarter, with $2.60 billion, or 67%, of the total attributable to AWS.

Amazon's results were especially impressive given that the company had previously warned that its fourth-quarter earnings would be impacted by the heavy investments it has been making in shipping to speed up delivery times.

“Amazon blew all expectations out of the water during the holiday quarter,” commented Andrew Lipsman, principal analyst, eMarketer. “In Q4, the company continued to gain momentum with e-commerce sales, which was boosted by the rollout of next-day Prime delivery. However, Amazon's increased profits during this quarter in the face of increased costs and competitive pressure in AWS was the real surprise."

In a statement, Amazon founder and CEO Jeff Bezos said that more people joined Prime in the fourth quarter than ever before, and that there are now over 150 million paid Prime members around the world.

“We’ve made Prime delivery faster — the number of items delivered to U.S. customers with Prime’s free one-day and same-day delivery more than quadrupled this quarter compared to last year,” he said. “Members now have free two-hour grocery delivery from Amazon Fresh and Whole Foods Market in more than 2,000 U.S. cities and towns.”

During the company's fourth-quarter earnings call, Amazon CFO Brian Olsavsky said the company expects grocery delivery to grow even further in 2020 and beyond.

"Our grocery delivery orders from the combination of Amazon Fresh and Whole Foods Market more than doubled in the fourth quarter year over year," he told analysts. "So we believe customers are starting to notice and take advantage of this."

According to a new report from financial services firm UBS,  Amazon and Whole Foods accounted for 2.2% of the U.S. grocery market in 2019, up from a 1.6% in 2017. UBS also said it expects Amazon to "cause disruption" this year when the company debuts its new brick-and-mortar supermarket format.

Amazon also gave upbeat guidance for the first quarter. It expects net sales to fall between $69 billion and $73 billion, or to grow between 16% and 22% compared with the year-ago period. The guidance anticipates a favorable impact of approximately five basis points from foreign exchange rates.

Operating income is expected to be between $3.0 billion and $4.2 billion, compared with $4.4 billion in first quarter 2019. This guidance includes approximately $800 million lower depreciation expense due to an increase in the estimated useful life of our servers beginning on January 1, 2020.