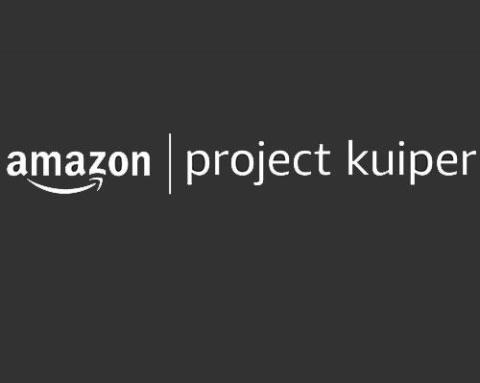 Amazon is publicly supporting passage of the proposed bipartisan infrastructure deal, but is pursuing larger ambitions for U.S. broadband access.

In a corporate blog post, Darren Achord, head of public policy for Amazon’s Project Kuiper broadband satellite project, says Amazon supports the recent U.S. Senate approval of the bipartisan infrastructure deal, which includes $65 billion in federal funds to bring broadband to more communities and close the “digital divide” which separates areas of the country which have and lack high-speed Internet capability.

Citing Pew Research Center statistics that indicate close to 25% of U.S. adults, many of whom are from disproportionately low-income and minority communities, lack home broadband access, Achord states the current situation is “unacceptable.”

“Students shouldn’t be forced to access Wi-Fi in parking lots to do their homework, and families shouldn’t be prohibited from accessing remote healthcare simply because they are on the wrong side of the digital divide,” Achord said in the blog post. “Amazon remains committed to working with all interested parties to produce solutions that will generate and deliver accessible and affordable broadband for all Americans. Federal resources will go further—and reach more people faster—if private companies leverage their expertise to improve connectivity.”

According to Achord, Amazon’s $10 billion-plus investment in Project Kuiper, an advanced, low-Earth orbit satellite broadband network it intends to deliver reliable, affordable broadband in the near future, will help close the gap in broadband access. The investment is intended to create jobs and infrastructure around the U.S., build and scale the ground network, accelerate satellite testing and manufacturing, and deliver an affordable customer terminal.

Initially approved by the Federal Communications Commission in July 2020, Project Kuiper will serve individual households, as well as schools, hospitals, businesses and other organizations operating in places without reliable broadband. In addition to providing ground station service directly to customers, Project Kuiper will also provide backhaul solutions for wireless carriers extending LTE and 5G service to new regions. The project will be designed and tested in Amazon’s all-new research and development facility in Redmond, Wash.

In the blog post, Achord praised what he called examples of “common-sense policies” that can be implemented to help bridge the digital divide, including harmonizing rules and regulations at state and local levels, easing access to existing infrastructure, and focusing the allocation of broadband funding on access and affordability. He also said Amazon attempts to make connected devices like Wi-Fi routers, e-readers, and tablets as affordable and accessible as possible.

“As a company of inventors, we are well aware of the wondrous power of internet connectivity,” Achord said in the blog post. “Basic education, economic opportunity, and adequate healthcare increasingly rely on access to affordable, reliable broadband. We stand ready to work with policymakers across the political spectrum to bring this service to every city, town, and neighborhood. We thank the Senate for its work in this area and hope the U.S. House of Representatives quickly follows suit. Let’s work together to deliver this vital infrastructure, empower more communities, and unlock opportunity for all Americans.”