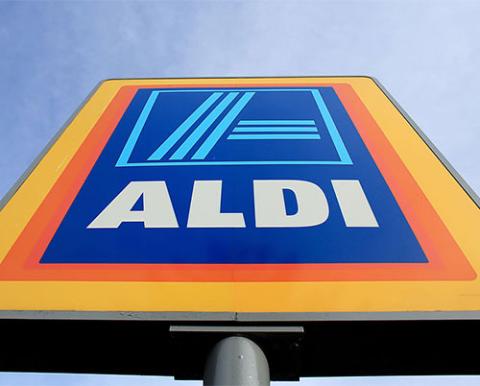 Aldi plans to phase out plastic bags from all its U.S. stores by the end of 2023.

Aldi is expanding its elimination of plastic bags across all its stores.

The discount grocer detailed the plan, along with its progress in other areas of sustainability, in a letter from Aldi U.S. CEO Jason Hart to employees. The company already has removed plastic bags from nearly 500 stores with the goal to phase them out from all 2,200 locations by the end of 2023.

“We are thrilled to make this monumental pledge in support of our planet which will remove 4,400 tons of plastic from circulation each year,” Hart wrote.

Earlier this month, Wegmans Food Markets said it plans to eliminate plastic bags across all its stores by the end of 2022.

Last year, Aldi announced a set of ambitious, goals to support the planet’s resources and the people who depend on them.

In his letter, Hart noted some of the company’s highlights, which include:

• Diverted 74% of operational waste companywide that would otherwise go to landfills through increased donations, recycling programs and composting pilots;

• Significantly reduced the use of plastic and increased the recyclability of packaging so that more than 62% of Aldi-exclusive packaging is now reusable, recyclable
or compostable; and

• Donated over 33 million pounds of food through a partnership with Feeding America.

Together with support from customers like you and our employees, we’ve made significant strides towards meeting our goals.