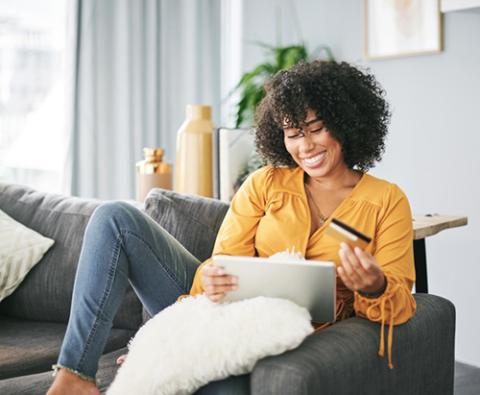 The overall pace of e-commerce sales cooled in August as more stores opened and summer waned, but mobile and BOPIS commerce boomed.

Consumers spent a total of $63 billion online in August, with online sales up 42% year-over-year in August compared to 55% in July and 76% in June, according to the Adobe Digital Economy Index (DEI) for August 2020, which tracks the state of e-commerce using Adobe Analytics data. This represents a month-over-month decline in e-commerce growth for the previous three months.

Regardless of August’s dip in e-commerce sales, the Adobe findings indicate 2020 online shopping levels are higher than ever before. While 2019 had only two $2 billion spending days outside of the holiday season, 2020 has already had 130 days. In addition, 2020 has already had three non-holiday season days that passed the $3 billion mark - May 4, May 18, and May 25; there were none in 2019.

The data suggests lower spending on apparel particularly contributed to the topline decrease in e-commerce in August. A complementary study which surveyed more than 1,000 consumers in the U.S. found 52% of respondents said they spent less on apparel online in August.

However, 60% of online retail website visits in August came from mobile devices, with mobile now accounting for 40% of all online sales. That means $190 billion has been spent via smartphone devices so far in 2020. Adobe predicts smartphones will surpass 50% in spend by September 2022.

Buy online/pickup in store (BOPIS) usage also surged in August, with 59% growth over July and 259% year-over-year. Adobe attributed the growth to the fact that consumers continue to be more comfortable venturing out to stores, and retailers continue to improve the BOPIS experience. According to the survey, 30% of online consumers prefer using BOPIS or curbside over home delivery.

The report also examined online sales during the three-day Labor Day weekend in early September (Sept. 5-7), finding online sales would have been below expected forecast levels even without COVID-19 lockdowns. E-commerce spend during the long weekend was $2.6 billion, up 12% year-over-year, while the week leading up to it saw a 33% increase year-over-year.