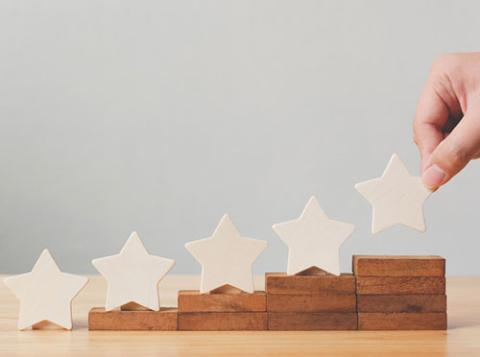 No internet retailer has improved customer satisfaction during the pandemic, but Amazon has seen a particularly notable decline.

Customer satisfaction in the internet retail category declined nearly 5% overall, according to the American Customer Satisfaction Index’s COVID-19 study, which is based on surveys collected from April 1, 2020 to September 30, 2020. Amazon’s score was down 7%, falling from 83 last year to 77.

In the online category, Costco, Etsy, and Nordstrom tied for first place with a score of 80 out of 100, but Costco’s score dropped 1% in the latest report, while the latter two each receded 2%.

Kohl’s and Newegg’s scores both fell 2% to 79, while Nike and HP Store each slid 4% to 78. Six internet retailers scored 77: Staples (unchanged), Best Buy (down 1%), Target (down 1%), eBay (down 3%), Macy’s (down 4%), and Amazon (down 7%). Amazon, the former top-ranked internet retailer, experienced big declines in site performance, merchandise variety, inventory, customer support, and shipping.

Walmart (down 1% to 73) and Sears (down 1% to 72) made up the bottom two. Surprisingly, customers were more satisfied with Sears’ shipping and mobile app capabilities. But those gains weren’t enough to improve overall satisfaction.

Four out of five retail industries the ACSI measures – department and discount stores, specialty retail stores, supermarkets, and internet retailers – have seen customer satisfaction wane during the pandemic. Although internet retail took the biggest hit during the pandemic, dropping 4.9% to an overall score of 77 compared to ACSI’s 2019-2020 Retail Report, it remains ahead of the other retail categories. Specialty retail stores (down 2.6%) and drug stores (unchanged) tied for second at 76, while department stores (down 1.3%) and supermarkets (down 3.8%) both scored 75.

L Brands slipped 1% to 81, yet maintains a slight lead. Despite losing ground, L Brands outpaced the competition in staff courtesy and inventory. Sephora and Ulta Beauty tied for second place among specialty retailers with an ACSI score of 80, followed by Cabela’s, which dipped 1% to 79. Gap, TJX, and Abercrombie & Fitch were all down 1% to 78.

Costco took the top mark among department and discount stores, but its lead from before the pandemic dwindled, as it fell 2% to an ACSI score of 81. Costco improved for its mobile app quality and reliability; however, satisfaction with inventory fell sharply.

Walmart was stable at 71, as customers saw improvement in checkout speed, but Walmart still rated lowest on this measure. Dollar General, dropping 4% to 70, struggled the most when it comes to merchandise variety, inventory, and store layout.

Customer satisfaction with supermarkets was hit hard by COVID-19, as no grocers improved. The top four grocers held steady: Trader Joe’s and Wegmans tied for first place at 84, followed by Publix and Costco at 83. Customers were increasingly satisfied with Costco’s checkout speed during the six months covered by the survey.

Customer satisfaction with health and personal care stores held steady at 76. Despite slipping 1% to an ACSI score of 81, smaller drug stores led the industry once again. CVS moves into second place, climbing 1% to 78. Kroger, which slipped 1% to 77, is next, followed by Walmart, up 1% to 75. Kmart, a Sears company, dipped 1% to 74, just ahead of Walgreens, which slipped 3% to 73. Rite Aid and Albertsons Companies each sank 4% to an ACSI score of 72.