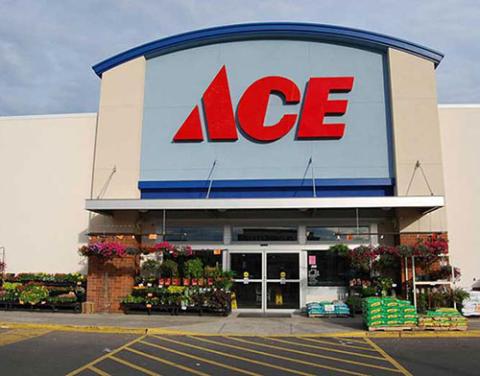 Ace Hardware has opened 105 stores so far this year.

The world’s largest retailer-owned hardware cooperative recently opened its 105th store this year. Ace expects to open at least an additional 60 more new stores by the end of the year.

To keep pace with the growth, Ace continues to invest in expanding its distribution network to house more inventory closer to the growing number of Ace stores and customers. The company plans to add 4.4 million square feet of capacity to its distribution network by opening three new warehouses in the next five years. That's in addition to the more than 2.5 million square feet it's added in the past four years.

"With over 100 new stores already opened for the year, we remain enthusiastically bullish about the continued prospect for new store growth, "said Ace Hardware president and CEO, John Venhuizen. “Seventy percent of Acehardware.com orders are picked up in store and 20% are delivered to customers by our own red vested heroes, thus further advancing the relevance and necessity of our neighborhood stores."

Headquartered in Oak Brook, Ill., Ace operates more than 5,600 locally owned hardware stores in all 50 states and 70 countries, with global sales topping $20 billion. The company has opened more than 840 stores in the past five years, while disbursing dividends of $314 million in 2021—a 42.7% return for Ace shareholders.

In December, Ace Hardware International Holdings, a subsidiary of Ace Hardware Corp., has opened its first store in Mexico, in Monterrey.