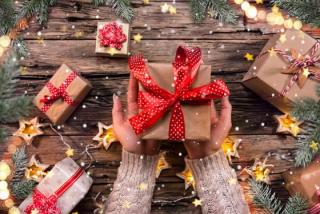 The weather is not expected to play all that big a role in holiday sales this year.

That’s according to a forecast by AccuWeather, whose meteorologists are forecasting no major snowstorms for major cities in the Northeast corridor and for temperatures to be higher than last year from Thanksgiving to Christmas in Eastern cities, such as New York and Philadelphia, and Southeastern cities like Atlanta and Miami.

“For the upcoming holiday shopping season, we don’t see any major deviations from normal temperatures – either above or below normal compared to last year – and, in fact, it will be more normal this season, nor a massive change from last year,” said Dr. Joel N. Myers, founder and CEO, AccuWeather, whose predictive analytics enable businesses to proactively plan for upcoming changes in the weather. “This year, the weather will be less of a factor.”

With no major snowstorms in major populated areas during the holiday season, the impact of weather on retail sales this year will be less than is often the case, Myers noted.

“It will hurt sales of coats and winter apparel, but in general it will bring out more people to shop in the stores, so the net effect will be better sales,” he added.

AccuWeather estimates that U.S. shoppers in stores and online will spend about $727.9 billion during the 2019 holiday shopping season, a boost over 2018 holiday retail spending of $701.2 billion. AccuWeather’s prediction, which factors in weather, represents a 3.8%, or $26.6 billion, increase from 2018, which is on the low end of the National Retail Federation's projection of a 3.8% to 4.2% increase, or $727.9 billion to $730.7 billion.  The average annual growth in holiday retail sales over the past four years is 3.4%.