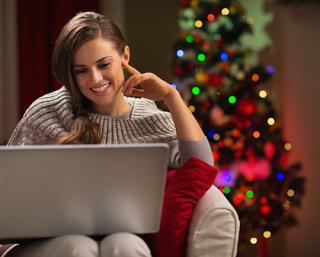 Shoppers are growing wary of fashion waste and are becoming more concerned about the environmental and social impact of their purchases.

That’s according to the 13th Annual Holiday Shopping Survey from Accenture in which 45% of shoppers said they are more likely to do their holiday shopping with retailers that address wider social issues through their business practices and working conditions.

In addition, half of the respondents said that, due to the negative environmental impact of fast-shipping options — which includes the use of planes rather than ground transportation, as well as the shipping of multiple items separately rather than together to expedite delivery — they would opt for delivery options with a lower environment impact, such as slower shipping or in-store pick-up.

“We have entered the era of ‘responsible retail,’ where consumers are becoming more environmentally and socially conscious and will increasingly turn to brands that not only talk about responsibility but demonstrate it through their business practices,” said Jill Standish, senior managing director and head of Accenture’s global Retail practice. “Retailers need to design their products and their business around responsible initiatives. Those already on this path could have the edge over their competitors this holiday season and beyond.”

The responsible retail trend bodes well for rental and resale retailers. Twenty-four percent of all respondents — and one third (34%) of older millennials — said they would be likely or extremely likely to rent clothes for holiday parties. Also, 48% of respondents said they would consider giving second-hand clothing as gifts, and even more — 56% — said they would welcome gifts of this kind for themselves.

The online survey of 1,500 U.S. consumers found that Americans expect to spend $637 on holiday shopping this year, on average, with approximately six in seven respondents planning to spend either the same (57%) or more (28%) than they did last year. On average, men expect to spend approximately 15% more than women — $685 versus $588. Gift cards and clothing/footwear topped the list of planned purchases.

On average, consumers said they expect to do half of their holiday shopping this year in a store or mall. Lower prices was cited as the top (82%) factor that would tempt shoppers to make an in-store purchase was lower prices, followed by special offers/discounts (77%).

Stores also play an important role when it comes to inspiring shoppers’ gift ideas, the survey found. Consumers were significantly more likely to say that, after seeing an item in a store, they would purchase the item in the store rather than searching online for a better price and purchasing online.

While having a strong online proposition has become table-stakes, physical stores will still play an important role in the future,” Standish said.  With consumers planning to do half of their holiday shopping in-store, retailers need to carefully plan their strategy for customer service, including labor, assortment and allocation of inventory.”

In other key findings:

• The survey noted “a level of caution” among holiday shoppers this year, as the percentage of those who anticipate spending less rose slightly year on year, from 11% to 15%. The two leading factors that respondents cited as affecting their holiday shopping spend are rising food bills (cited by 32% of respondents) and the desire to limit their credit card debt (31%).

•    Almost one-third (29%) said they use delivery tracking / notification apps deliveries and schedule deliveries for dates / times when someone is home, and one-fifth (21%) are moving entirely away from home delivery and picking up in-store instead.

•    More than half (52%) of consumers think that a retailer’s responsibility for price-matching guarantees increases during the holidays. In addition, they want retailers to make a greater commitment over the holiday period to keep their personal data safe and secure when making online purchases.

For an insight by Accenture into some of the varying shopper expectations across 17 U.S. cities, click here.