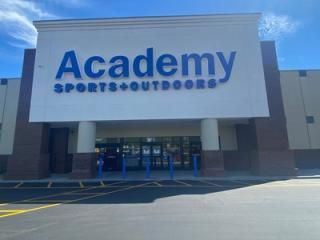 Academy Sports + Outdoors has opened its sixth location in Kentucky, in Lexington.

Academy Sports + Outdoors has expanded its footprint in the Bluegrass State.

The sporting goods and outdoor recreation retailer has opened its first location in Lexington, Ky. At approximately 80,000-sq.-ft., it is Academy’s sixth store in the state of Kentucky.

The Lexington outpost is the fifth of nine new stores Academy expects to open this year. (In April, Academy opened its first new store in two years, in Conyers, Ga.)The retailer plans to continue its expansion efforts beyond 2022, with the goal of opening 80 to 100 new stores during the next five years.

The new store offers a wide assortment  of athletic and casual shoes, sports and outdoors equipment and clothing from top national brands such as Nike, adidas, The North Face, Under Armour, Columbia, Carhartt, Coleman and more.

The store also has everything customers  need to create a backyard oasis with a wide selection of patio sets, barbecue grills, and outdoor games. Academy also offers free services such as grill and bike assembly, scope mounting, bore sighting, line winding/spooling, and propane exchange. Customers can also purchase hunting and fishing licenses in the store.