5Qs for Sandy Sigal on shutdowns, re-opens, and Holiday 2020

5Qs for Sandy Sigal on shutdowns, re-opens, and Holiday 2020

NewMark Merrill (no relation to that other Newmark) owns and/or manages some 70 outdoor centers in California, Illinois, and Colorado. It has landed on several fastest-growing private company lists, largely due to its owner and CEO’s penchant for recruiting top tenants, marketing them actively, and making his properties true community centers. Sandy Sigal is also known for honestly speaking his mind, so we gave him a call to chat about current affairs.

The pandemic has turned into a Protect Public Health versus Protect Private Business battle. Shutdown protests have risen up from California to Wisconsin to New Jersey. Has it gone too far?
There are people who feel the only way to do this is mass immunity. Some people aren’t going to leave their houses until there’s a vaccine. If they want to make that choice, that’s fine. But after 9-11, we shut down air traffic for three or four days and reopened the system. It wasn’t like we knew we were risk-free, but we put in measures that allowed people to fly. We made that choice.

Has dealing with different state and municipal regulations taken up a lot of your time?
It’s a very complicated scenario. No one trained us for this. It’s like three-dimensional chess. So I just focus on using my communication skills to create symbiotic relationships with our tenants and communities. We have Walmarts and supermarkets and restaurants doing takeout in our properties and they’ve been 50% to 90% operational, so we have to keep our centers even cleaner and our messaging and marketing clearer. But one of the handicaps we’ll have to face in the future is how different states and counties and cities decide what the new rules of the road are.

Do you think that common national standards are a possibility?
I don’t see how that works. Conditions on the ground are so different. Maybe regional standards? That would be nice. Southern and Northern California standards? And by the way, whatever happened to the notion of just informing the public and letting them make decisions that are rational to them?

What are your chief current nightmares?
Every one of our centers represents something big in their communities, so talking with community leaders is so important. But it’s hard. All these government leaders have their own crises to deal with. I’ve talked to some mayors and a lieutenant governor to make sure we’re aligned and we have the best info. You’d be surprised how little they know about what our issues are. So it’s super important for people in our field to reach out to their representatives and let them know, because they don’t know. It’s sort of easy to shut it down, but re-opening it? Not so easy.

What’s your vision of Holiday Season 2020?
Let me paint a scenario that I believe is realistic. When people have been cooped up in their houses and deprived of human contact, they get motivated and excited about being in stores. They want to go out and shop because they’ve been deprived of it. So I have high hopes for the holidays. If people remain unemployed, merchandise will be more discount or value-priced oriented. But if the question is “Are people going to be in stores?” I think the answer is, “Yes.” 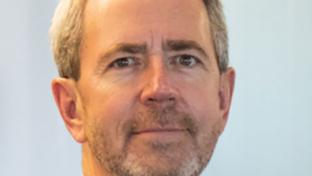 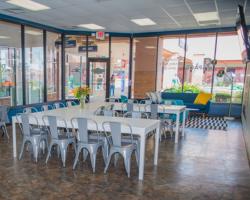 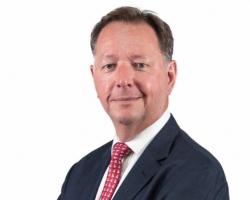 REAL ESTATE
5Qs for Alan Treadgold on retail’s road ahead 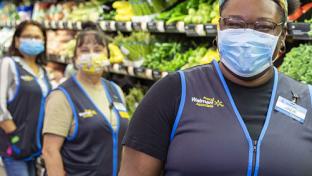