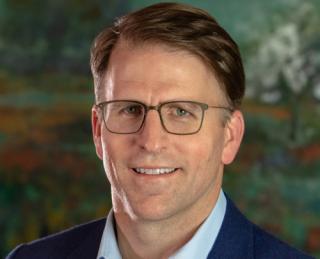 Born and raised in Texas, a graduate of Texas A&M, and having spent 15 years serving retailers in the Houston market as a principal of the Baker Katz real estate brokerage, Jason Baker knows the Lone Star State. He has scouted locations for a diverse client list that includes Best Buy, AMC Theatres, and American Furniture Warehouse, so we thought Jason would be the guy to ask for an insider’s take on the Houston market.

Houston and Dallas are hotbeds for brick-and-mortar retail growth. What, specifically, does Houston offer to expanding retailers?
The old adage “retail follows rooftops,” could not be truer in Houston. Metro Houston has experienced unprecedented population growth in the last decade, rising more than 18% to 7.5 million people, and we’re heading to 11. With an increase in residential construction comes the need for desirable, accessible retail options and that’s exactly the trend we’re seeing continue in Houston.

Construction of new retail square footage is declining in the market, according to Marcus & Millichap. Is the market saturated?
In the early 2000s, we were adding 5 or 6 million square feet a year. This year, it’s around 4 million. I think it’s just a sign that retailers are being more strategic about spacing between stores and being mindful of cannibalization as they expand their footprints. As a broker, I’m encouraged by the amount of retail that continues to be added throughout Houston and the opportunities that exist for first-to-market concepts in particular.

Give us the key demographics in Houston.
Houston is the one of the most diverse cities in the nation, with more than 140 languages spoken in the metro area. Our energy industry, our port, our medical complex…they draw a truly international populace. So you need to keep a fresh perspective on what types of retailers will thrive in which communities. Also important is understanding Houston’s population shift back inside the urban core, as this allows for opportunities to serve more residents living in the downtown area.

Are there any bargains to be had in specific neighborhoods?
The short answer is no, but that’s due in part to the tremendous population growth we’ve seen over the last decade. There is a big move back to urban living inside Beltway 8. We’re seeing meaningful development in all four quadrants of the city with land values and rent as high as we’ve ever seen them.

What do you personally love about Houston?
If there’s a friendlier city, I haven’t been to it. I really value our ethnic makeup. The culture that runs through our city is unlike any other city in Texas. You truly have to experience it for yourself. It’s an entrepreneurial town, filled with risk-takers who bring big ideas to our city. It is the home of the wildcatters, after all. Also, Houston’s cost of living is relatively low for a metroplex of its size. All our residents can afford to go out and experience our amazing city.