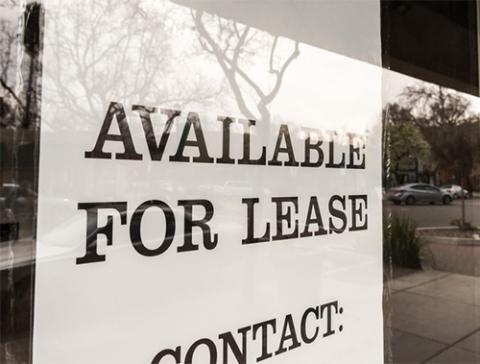 Available retail space dwindles, and new deliveries are among the lowest in 10 years.

On the retail scene, it’s not the increasing vaccination rate that tells you we’re phasing out of pandemic life, it’s the increase in rent, and CBRE’s latest United States Retail Metrics report tells us that asking rents have risen in every quarter this year.

The current national average of $21.31 is due largely to the fact that the availability rate fell to a 10-year low of 5.9%, down from 6.2% in the second quarter. Neighborhood and strip centers—the centerpieces of essential retail—also hit a 10-year low of 8.3%, while availability at malls and lifestyle centers receded only slightly to 6.2%

Leases are getting signed at a quickened pace because of consumer demand. Total retail sales of $1.86 trillion were 15% higher in July through September than they were during the same period in 2020.  Core retail sales--which exclude purchases of motor vehicles, auto parts, and gas—grew by 13% year-over-year.

Low retail space availability figures to endure for some time to come as completions of 6.4 million sq. ft. delivered in the third quarter was the second-lowest total in the past 10 years. Sun Belt markets turned out the most new space, especially those in Texas, home of the four of the top 10 metros for retail completions. (Albuquerque was No. 1.)

Retail sales category leaders in the recently expired quarter were apparel and accessories stores (+34%), food and beverage centers (+32%), and department stores (+25%). Essential retailers such as supermarkets and building materials stores that thrived throughout 2020 posted quarter-over-quarter increases in sub-double-digit percentages.

CBRE’s report stated that retail spending is expected to build leading up to the holiday season as consumers worry over product shortages and snap up gifts early.