Trend-setting Georgia center continues to up its game

Trend-setting Georgia center continues to up its game

NAP’s Avalon project in Alpharetta, Ga., came in at No. 3 on Chain Store Age’s 2019 Top Retail Center Experiences list and was hailed as a “model for 21st Century development” that combines residential space and a boutique hotel with 345,000 sq. ft. of retail in a walkable urban setting.

Avalon’s 24 food-and-beverage establishments and 80-plus retailers like Pottery Barn, Arhaus, Apple, Kendra Scott, and Whole Foods attracts 12 million visitors a year, NAP says.  Not content with that, the company announced the addition of several new tenants.

This fall, the women’s fashion boutique Altar’d State and the health-conscious restaurant True Food join the Avalon tenant roster — the latter featuring a 4,000-sq.-ft. patio for al fresco dining. Next year, fashion Brand Evereve will open its second location at the center.

The family-owned Posman Books reopened on The Boulevard at Avalon with an interior inspired by the 1960’s lava lamp that uses lighting to create a soothing space for shoppers to browse and read. Also new is the 1,000-sq.-ft. Chanel Fragrance and Beauté Boutique featuring a makeup discovery area and surrounded by one-on-one consultation stations.

Since it opened in 2014, Avalon has brought 4,500 jobs and $17 million in annual tax revenue to Alpharetta, according to NAP, which also reports that new tenants are leasing at twice the original rates charged five years ago.

Mark Toro, managing partner of NAP, which has trademarked the term ExperienceMakers to describe its development team, feels that Avalon will play an influential role on retail-driven mixed-use development in the near future. 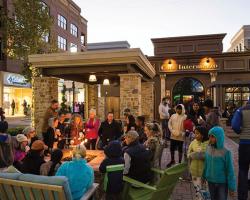 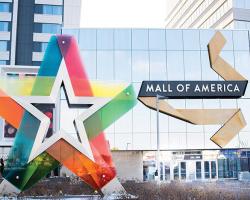