When it comes to the winners and losers in online sales, Amazon is in a class by itself. And while some competitors are coming on strong, Jet.com is not among them.

That’s according to a report from digital intelligence firm Jumpshot, which showed that Amazon continues to dominate e-commerce, with more than a 70% market share of online transactions in 15 “top level” categories in 2018 and a thriving search platform that is driving billions in quarterly revenue. The online giant drove $1.59 billion in transactions in 2018.

At the same time, walmart.com, Target.com and Macys.com showed strong growth in 2018 and won more-than-respectable market share in some categories, according Jumpshot. Especially strong for Target.com were the boys’ and girls’ clothing categories, which saw 63%, and 43% growth, respectively

• Jet.com is losing its distinct identity. Transactions on Jet.com are down 56% year-over-year. Paid search traffic has fallen from 17.4 million visits in Q1 2017 to under four million in Q3 2018.

• Offline woes for Toys "R" Us and Sears matched online performance, and other vulnerable retailers like Best Buy, Barnes & Noble and Office Depot could be next if they can’t find a way to survive the Amazon era.

● Online-focused retailers Etsy, Chewy and Wayfair made strong improvements in 2018, growing their online transactions by double digit percentages and carving out retail niches for themselves

• Traffic to Sears.com declined every month of the year in 2018, despite an increase in a reliance on paid Google search to bring visitors to the site

• OfficeDepot.com only takes about 3% of office product sales online since Amazon.com takes a massive 84%.

• Among the brands and retailers that outperformed in 2018 were Etsy, whose sales rose 20% and conversion rate surged 15%, and Wayfair, whose sales were up 38% year-over-year.

• Wayfair has increased its share of furniture transactions steadily for the last 24 months, growing from under 7% in January 2017 to more than 14% at the peak of the holiday shopping season in November 2018.

"Amazon continues to dominate e-commerce, growing more in Q4 2018 than other major retailers sold during the entire year," said Stephen Kraus, Ph.D., head of digital insights at Jumpshot. "Still, Amazon isn’t invincible. Some brick-and-mortar-based competitors like Walmart and Target grew strongly online as they begin to master omnichannel marketing, and Amazon continues to see strong challengers in categories such as apparel, furniture and pet supplies.” 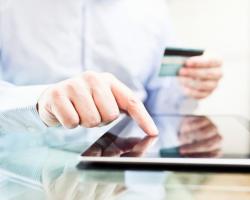 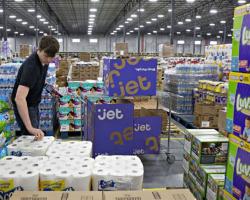