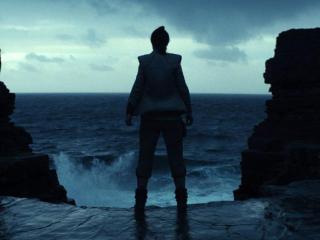 Disney's marketing firepower will be on full display starting at 12:01 a.m. on Friday, Sept. 1, when it launches a global merchandise promotion — complete with augmented reality — of toys and products inspired by its upcoming film, "Star Wars: The Last Jedi."

Walmart, Toys "R" Us and Target are among the U.S. retailers whose stores will participate in a pop-up AR "treasure hunt" event that will debut on Sept. 1 — dubbed "Force Friday II" — and continue over the weekend at more than 20,000 retail locations across the globe. Using their smartphones, consumers will be able to activate in-store augmented reality experiences featuring Star Wars characters, including familiar favorites and new surprise additions from the film.

To participate in the Find the Force AR event, consumers must download the latest version of the Star Wars app, and visit one of the participating retail locations to find in-store displays that feature graphics containing the Find the Force logo. They can scan the graphic using the Star Wars App, which will reveal a character, who through augmented reality, will appear in the room. Participants will have the opportunity to take photos, record videos and share the experience on social media. New characters will be revealed each day (15 in total across the program’s three-day run).

More than 4,000 Walmart stores will participate in the AR treasure hunt. In addition, Walmart will host #BeJediReady events in stores in select cities over the Force Friday weekend. The events will feature Jedi training games with lightsabers, tents with Star Wars themed games and activities for children, and in-store toy demos with new exclusive product. Also, shoppers can have their photo taken with Star Wars characters in select Walmart stores.


Toys "R" Us stores throughout the United States (with the exception of a few locations) will open at 12:00am local time on September 1, to host Force Friday II celebrations. Customer attending the midnight openings will receive special giveaways, including a t-shirt and an exclusive collectible Star Wars: The Last Jedi poster.


Target is also getting into the spirit. It will open more than 500 of its stores at midnight on Sept. 1, with special activities for kids and adults.

"Star Wars: The Last Jedi" opens in U.S. theaters on Dec. 15. It is the eighth installment in the "Star Wars"franchise.
Advertisement