Walmart’s newest delivery grocery program is about to hit the road — and it doesn’t require a team of drivers to navigate routes.

The discount giant is partnering with Ford Motor Co. and Postmates to test self-driving vehicles to deliver fresh groceries. The test, which is taking place in Florida’s Miami-Dade County, will use Ford driverless cars to delver fresh groceries hand-picked by Walmart’s personal shoppers. Postmates, which is already connected to Ford’s digital platform, will serve as Walmart’s delivery partner. (Walmart initially teamed up with Postdates in April to expand its delivery of online grocery orders.)

“We’re still learning – it’s a pilot – but, we want to make sure we stay on the cutting edge of grocery delivery by exploring what’s new and next,” Tom Ward, senior VP, digital operations, Walmart U.S., said in a blog on Walmart’s website.

The companies will continue to collaborate “over the next couple of months, to understand its operations, identify what goods we can feasibly transport, and pinpoint any issues that may need to be addressed to successfully deliver orders via self-driving vehicles,” Brian Wolf, director, business development, Ford Autonomous Vehicles LLC, said in a blog on the company’s website.

Walmart already offers grocery delivery in nearly 100 metro areas. To expand the future of delivery, both Walmart and Ford agree that autonomous vehicles have an important role. Before self-driving cars can go mainstream however, “we must get a better sense of how people want to interact with them,” Ward added. “Together, we will gather crucial data to learn the best way to bring items to customers.”

Walmart is off to a good start when it comes to gathering data on driverless services. Through a partnership with Waymo, Google’s self-driving car project, Walmart uses Waymo vehicles to transport customers to and from a local store to pick up their groceries. The pilot, which is conducted out of one Walmart store in Chandler, Arizona, is being tested among a group of Waymo’s 400 daily users.

The program also takes a swing at other retailers who are dabbling in driverless deliveries. For example, The Kroger Co. launched its self-driving grocery delivery pilot in August at a Fry’s Food location in Scottsdale, Arizona.

Meanwhile, self-driving car startup AutoX has its own grocery delivery and mobile store pilot in San Jose, California. Through a partnership with fresh produce e-commerce company GrubMarket.com, AutoX will enable consumers to order and receive fresh produce and other goods that will be delivered by self-driving cars. 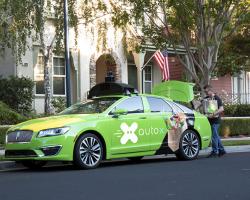 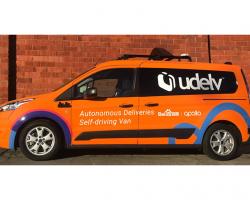 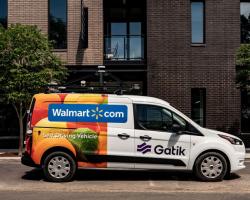