Walmart just made a new move in its war with Amazon — but this time, the battle is moving beyond retailing.

Walmart announced on Thursday that it entered into a strategic entertainment joint venture with Eko, a developer of interactive video technology. Through the project, called W*E Interactive Ventures, the two companies plan to develop original, interactive content that will enable Walmart to connect with customers in new ways, with the goal of driving deeper and more frequent engagement.

The content could include a range of offerings, from cooking shows to interactive toy catalogs. It will also allow viewers to participate in and shape stories as they are unfold. The result will be an experience unique to each participant, which will create more engaged and emotionally-connected audiences, according to Walmart.

The deal also positions Walmart to compete with the likes of on-demand video subscriptions, including Netflix and Amazon’s Prime video service.

Walmart’s relationship with Eko is not new — the discounter is a previous investor in the eight-year-old video technology company, alongside companies including Sequoia Capital, Intel Capital, Warner Music Group, Samsung, among others. Through the joint venture, Walmart will also participate in Eko’s next funding round.

“Our partnership with Eko will help us accelerate efforts to deepen relationships with customers and connect with new audiences in innovative ways and is one part of an overall entertainment ecosystem we’re building,” said Scott McCall, senior VP for entertainment, toys and seasonal, Walmart U.S. “By partnering with organizations across the industry to create original, interactive content, we’re bringing the next generation of entertainment to customers and delivering memorable experiences they can only find at Walmart.”

Earlier this week, Walmart announced another content partnership with U.S. movie studio Metro Goldwyn Mayer Through the deal, the studio will create content for the discounter’s Vudu digital platform, according to Reuters.

Walmart spokesman Justin Rushing told Reuters, MGM will create exclusive “family-friendly content” based on their extensive library of iconic intellectual property (IP), and that content will premiere exclusively on the Vudu platform.

Eko also has a history of teaming up with movie studios, including MGM Studios and Sony Pictures Entertainment.

“Through interactive content, Walmart will ultimately connect with its customers on a much deeper, more meaningful level,” Yoni Bloch, CEO of Eko, said in a blog on Walmart’s website. “Through our partnership, we’re combining forces to bring the next generation of premium interactive entertainment to a diverse, mainstream audience.”

To read about Bloch’s thoughts about the Walmart partnership, click here. 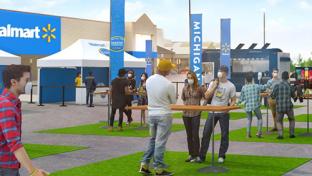 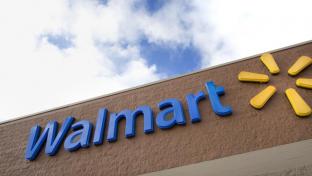 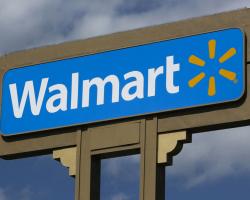 TECHNOLOGY
Walmart in alliance for grocery delivery in Japan