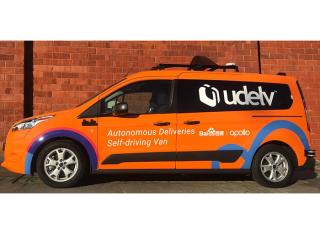 Walmart is staying in the fast lane when it comes to piloting autonomous vehicle deliveries.

The discount giant’s latest venture in this space is a pilot with autonomous vehicle company Udelv in Surprise, Arizona. The program will test the effectiveness of custom-made driverless cargo vans from Udelv in delivering groceries handpicked by Walmart personal shoppers to customers.

In addition, through a partnership with Waymo, Google’s self-driving car project, Walmart uses Waymo vehicles to transport customers to and from a local store to pick up their groceries. The pilot, which is conducted out of one Walmart store in Chandler, Arizona, is being tested among a group of Waymo’s 400 daily users.

“There’s no telling what innovation the future will bring,” said Ward. “But, Walmart is committed to staying on the forefront of change to make getting groceries simple, quick, and easy.”

Other recent notable driverless food and grocery delivery pilots include an upcoming March 2019 joint pilot from DoorDash and General Motors’ Cruise Automation self-driving vehicle division to use autonomous vehicles to deliver meal and grocery orders in San Francisco, as well as an ongoing test of driverless delivery in Scottsdale, Arizona by Kroger.

A post announcing the partnership on the Udelv site also promoted the pilot as a harbinger of things to come.

“This partnership with Walmart is an affirmation of our goals and vision: That ADVs (autonomous delivery vans) can improve lives and drive the future of e-commerce,” said the blog.
Advertisement