Target Corporation has shored up its tech team with a former Facebook executive.

The discounter named Hari Govind as senior VP of infrastructure and operations within the company's technology team. In the role, Govind will oversee cloud-and-compute capabilities, network connectivity and operations for the technology that powers Target’s stores, digital channels, distribution centers and office locations. He will report to Mike McNamara, Target's executive VP and CIO.

Govind joins Target from Facebook, where he was the group manager on the Infrastructure team, leading strategy and execution to help scale platforms for Facebook, Messenger, Instagram, WhatsApp and Oculus. Prior to Facebook, he was at Microsoft Corp. and led teams that built platform capabilities for Bing, as well as retail and supply chain systems for Xbox.

"Technology is more critical than ever in retail, and Target's team has made tremendous progress building great technology for our guests and store team members," said McNamara. "Bringing in an executive with Hari's technical and leadership abilities marks another important step in our journey to create exceptional shopping experiences that redefine what technology can do in retail.” 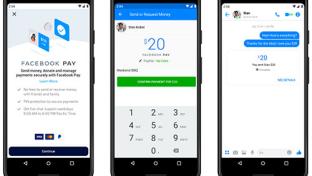