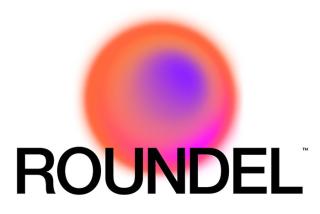 The discount giant is introducing Roundel, a “reimagining” of the in-house media company it launched in 2016 (roundel is a synonym for bullseye, the Target symbol). According to a post on the Target corporate blog credited to Kristi Argyilan, president of Roundel, the platform exists to create “smart, personalized” campaigns using Target insights.

One new feature of Roundel is that in addition to pushing out targeted, timed messages on Target’s own platforms, it can deliver personalized promotions via more than 150 external partner platforms. These include Pinterest, PopSugar and NBC Universal. Target says that other businesses which align with the needs of its customers, such as providers in the financial services, automotive, and travel verticals, can leverage Roundel’s customized promotional capabilities.

As an example of how Roundel works, Argylian cited a campaign Target ran to promote MarsWrigley holiday candy in 2018.

“We tapped into our insights and created custom holiday-themed creative for every major candy occasion, from gifting and dish candy to stocking stuffers,” Argylian said in the blog. “We pinpointed the best channels—in this case, online, mobile and social—and delivered the ads to relevant Target guests. We followed with robust reporting that measured the campaign’s success—including thousands of dollars in savings for our guests and an impressive double-digit sales lift.”

Target’s launch of Roundel comes about a month after archrival Walmart acquired the technology and assets of Polymorph Labs, a Silicon Valley-based advertising startup, to bolster its own Walmart Media Group. With Polymorph’s scalable technology platform, Walmart intends to enable advertisers to on-board quickly, select audience segments based on shopping behavior (e.g., cat food buyers vs. dog food buyers), automate ad delivery, and then measure whether their ads influenced a sale.

And while Facebook and Google loom large in the retail digital retail advertising space, Amazon is quickly catching up to them. Target’s launch of Roundel is clearly aimed at capturing some of that market share before Amazon and Walmart take it all.

According to a February 2019 survey from advertising software vendor Nanigans and Advertiser Perceptions, Amazon is rapidly gaining momentum in the digital advertising race. Retail marketers estimate Amazon gets 14% of their digital ad spend, placing it third behind longtime leaders Google (21%) and Facebook/Instagram (19%). Additionally, half of those surveyed said they are planning to spend more with Amazon over the next 12 months, with an average planned increase of 25%.

While some retail marketers are shifting ad dollars from other channels like Google (29%) and Facebook/Instagram (34%), 41% are adding incremental budget to support their increased Amazon spend. Presumably, Target is eyeing some of that potential incremental ad spend growth for itself.
Advertisement