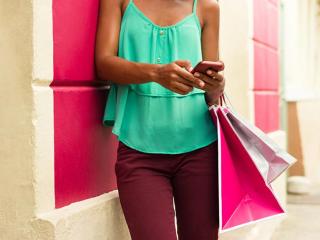 According to a new survey of 2,590 consumers in the U.S., U.K., France, and Germany from Periscope By McKinsey, “The Art of Personalization – Keeping it Relevant, Timely and Contextual,” 37% of personalized messages received by U.S. consumers had stimulated them to act.

However, respondents were definitely unsettled when they felt their digital or personal privacy is being invaded. Unsolicited communications from companies they don't know was a top issue for U.S. consumers (41%), followed by the unsettling eeriness of location tracking messages (40%).

Getting a message within seconds of undertaking a purchase or having conducted an online search was identified as the second-most-likely cause for concern by U.S. shoppers (38%). Across nationalities, women were noticeably more likely than men to find receiving location-based messages intrusive and unsettling.

Despite concerns over creepiness, more than five in 10 shoppers in the U.S. (55%) say they often or sometimes sign up for personalization. However, results also indicate that 36% of U.S. respondents said that most messages they receive still feel like mass marketing that weren't created with them in mind.

All respondents said they most wanted to receive messages about products relating to their interests. Recommendations related to a previous search also ranked in the top three for shoppers in the U.S. (43%). However, it was updates relating to product availability and/or price that proved particularly popular in all four markets, taking the third spot with 42% in the U.S.

Asked what motivates them most to act on a personalized communication, taking advantage of an offer that saves them money topped the list for consumers in the U.S. (61%). Messages about products they wanted to buy proved the next motivating factor for consumers in the U.S. (47%) followed by communications about products in their price range (41%).

In the U.S., SMS text was the channel most likely to elicit an “open and read” action, with 42% of all messages received being opened and scanned. When consumers were given the option to select their top three preferred channels for receiving personalized messages, email predominated in all countries surveyed. Respondents in the U.S. identified coupons linked to their loyalty cards as their second choice, followed by WhatsApp.
Advertisement