Survey: Most shoppers will visit stores this holiday season

Survey: Most shoppers will visit stores this holiday season

Unfazed by store closures, shoppers plan to get most of their holiday shopping done in-store this year.

Nearly three-quarters of consumers (71%) plan to do the majority of their holiday shopping in physical stores — the same percentage from a similar poll a year ago. Additionally, the vast majority (88%) plan to at least visit stores this holiday season.

This was according to a new survey from global business-advisory firm Alixpartners. The study is based on responses from more than 1,000 U.S. consumers.

Retailers face a host of complex and demanding trends this holiday season, including some related to recent store closures around the country. For instance, nearly a quarter (24%) of respondents said they’ve been personally affected by store closures — specifically, that a store they “visit frequently” has closed in the past 12 months. Of that number, 20% are those earning $100,000 a year or more, the kind of high-earners most retailers yearn for.

Only 6% of all respondents said that if a store they frequently visit closed or closes, they’ll no longer make their purchase. However, a third (36%) of impacted consumers said they would instead shop at a competitor. This suggests that while sales may not just evaporate, individual retailers may have a tough time hanging onto what they had before, the study revealed.

Among other increasing challenges retailers may face this holiday season, 80% of shoppers said they have conducted online research as part of their in-store shopping process, including from inside the store itself. That’s up from 62% in a similar AlixPartners survey in 2015. (The question wasn’t asked in last year’s survey.)

“Our survey suggests that companies won’t be facing anything like the so-called retail apocalypse this holiday season, but they certainly will be facing a difficult conundrum — how to deal with an unprecedented mix of increasingly complex channel, customer and competitive dynamics,” Joel Bines, co-head of the AlixPartners’ retail practice and a managing director, AlixPartners.

“The winners in this environment will likely be those who truly master &lsquoclicks-and-bricks’ strategies, without short-shrifting the &lsquobricks’ part,” he added. “Also important is localizing assortments, marketing and promotions to match today’s fast-changing markets, including at the regional level and below. And last but not least, making the necessary efforts and investment to understand today’s customer.”

&bull 92% of respondents plan to use online sources to research their purchases during the holiday-shopping season.

&bull Consumer electronics is the most online-researched retail category in the survey, with 38% of respondents saying they’ve conducted online research.

&bull Apparel and footwear have the highest online sales penetration in the poll, with 37% of respondents saying they’ve made an online purchase. 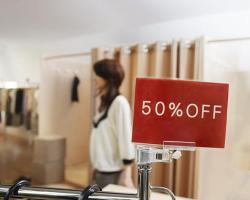 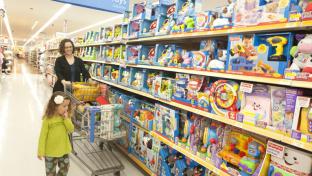